Attention is being drawn to Kim Yoo Jung’s co-star in the upcoming film “20th Century Girl.”
Kim Yoo Jung will finally re-connect with moviegoers through the school romance film “20th Century Girl” after a long absence. The story will center on Na Bo Ra (Kim Yoo Jung), a student who is 17 years old, her friendships, and her first love. It will be a throwback to a time when there were many unrequited loves.m Byun Woo Seok, who plays Poong Woon Ho in this drama, co-stars with Kim Yoo Jung. Bo Ra approached Poong Woon Ho to get to know his best friend. In 1999, they shared a lot of experiences together, and in the year 2000, they unexpectedly reconnected. Byun Woo Seok, who plays Woon Ho, has a charming yet attractive appearance that is perfect for a high school student. Byun Woo Seok, who plays a student but is actually 31 years old, doesn’t frequently take on this kind of character. However, his young appearance is sufficient to win over the hearts of many viewers and reveal a fresh, surprising, and incredibly charming side to the actor. 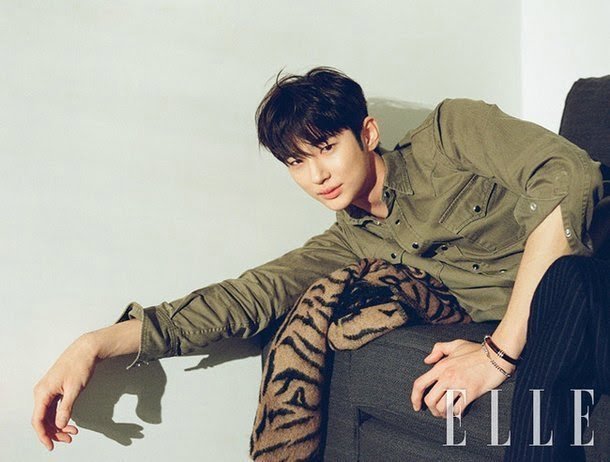 Byun Woo Seok is not a completely unknown name to seasoned K-drama and Korean film fans. He actually started out in the entertainment business as a model before making his acting debut at age 25 in 2016. Byun Woo Seok entered the acting world late, but he was able to make a name for himself thanks to his beautiful appearance and natural acting, moving up from supporting roles in “Dear My Friends,” “Moon Lovers,” and “Search: WWW” to his first lead role in the upcoming drama “Flower Crew: Joseon Marriage Agency.” The actor’s name became more well-known to the public thanks to this endeavor, which brought about a lot of praise and fame. Then, in 2020, Byun Woo Seok gained a lot more SNS followers as a result of his role as the second male lead in the film “Record of Youth,” which he shared with Park Bo Gum and Park So Dam. The movie “20th Century Girl” will be a tremendous opportunity for Byun Woo Seok’s career because up until now, he has mainly played supporting or second lead roles. For the film to be a success, it is hoped that his chemistry with well-known actress Kim Yoo Jung would be intense and compelling.