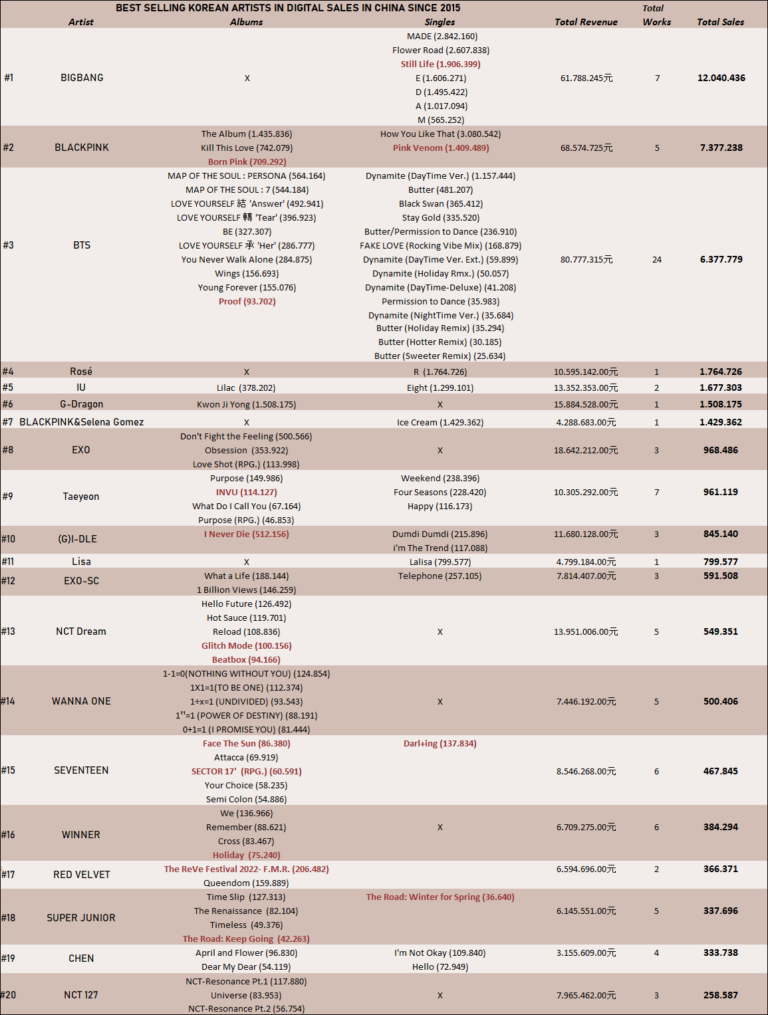 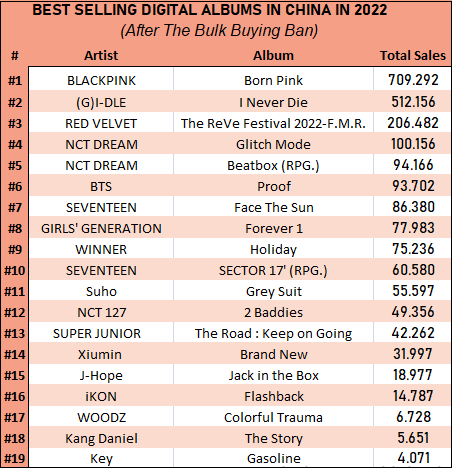 2. It’s a pity that only a few pictures were released without any promotions during Big Bang’s 5 year hiatus… But they are still doing well

3. Why are ARMYs saying that BTS has never been promoted in China?? Groups that can’t be promoted in China are BLACKPINK, Seventeen, and NCT They released the Chinese version until 2016 and they did all the performances, fan meetings and interviews in China

5. You can see that BTS sales have plummeted after the bulk buying ban

8. The more popular it is in China, the less favorable it is.

9. BLACKPINK BIGBANG fans are always proud of what they say is popular in China. On the contrary, SM fans never brag about China. There is a Chinese member, so that was written by Wajipa.

10. It is okay to include global, but China is also included in the global list