Although YG Entertainment reported second quarter results that beat market estimates, the impending return of “Blackpink” has given it a boost. 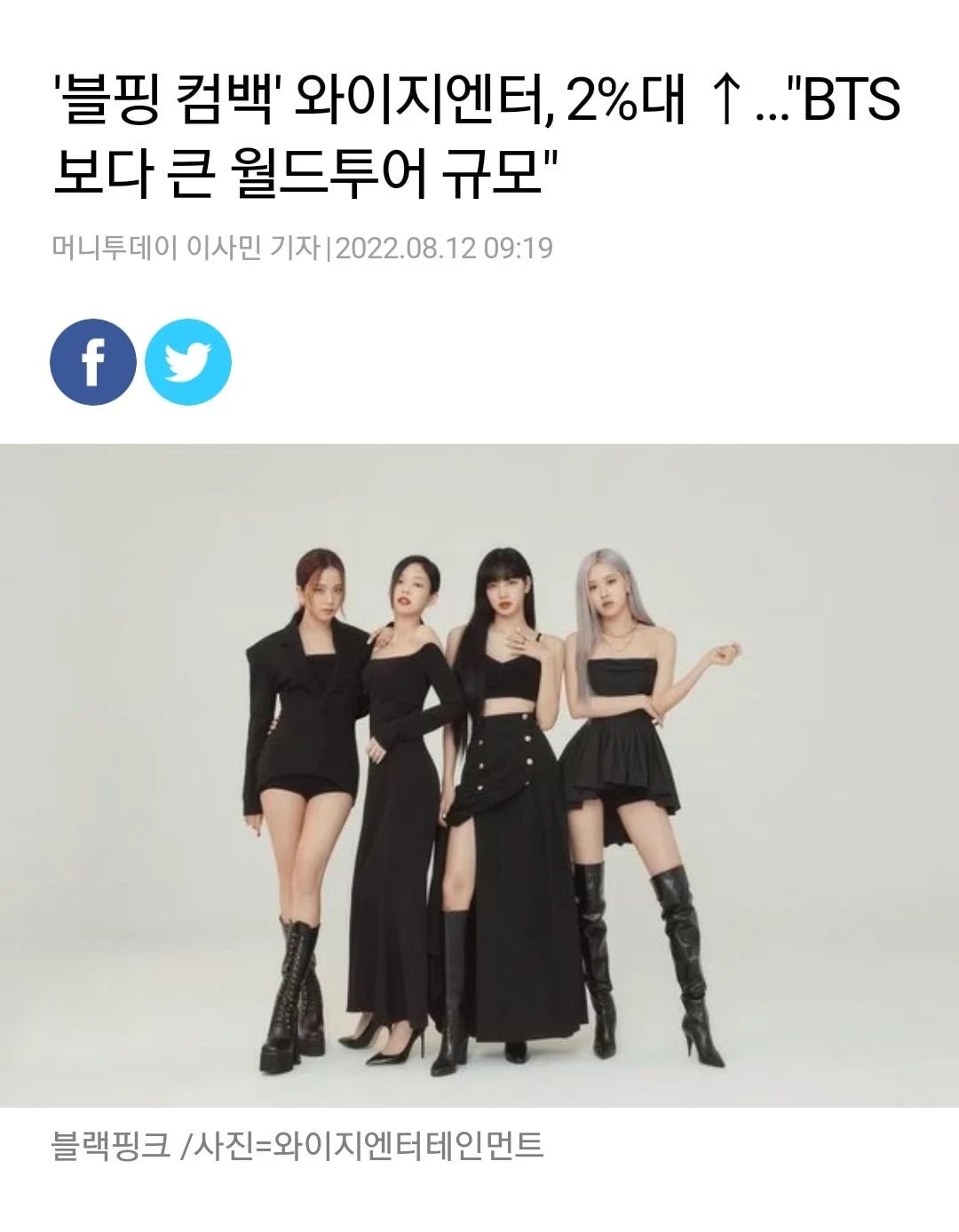 With consolidated sales of 76 billion won (-9% compared to the prior year) and operating profit of 9.3 billion won (-11%) in the second quarter, YG Entertainment outperformed the consensus (market average prediction).

The album sale will also be reflected proportionally, according to Lee Ki-hoon, a researcher at Hana Securities, “[…] considering that the magnitude of the Blackpink tour is higher than that of BTS in 2019.”

1. I believe you’re talking about the reporter and the person who wrote the report of the securities company ^

2. No, I’m not sure if there’s more clip than bulletproof, but why do you want to turn off such aggro?

3. Black people, I think the kids who don’t read the comments here and keep doing unplayable things are just aggro ㅇㅇ It’s not the first time I’m attracted to bulletproof aggression, but the guys who put firewood here are no different from aggro.

5. BLACKPINK is pretty, but it’s because of America, and I’ve been to almost all BTS
tours in America and Europe . Blackpink is cool enough, just don’t look for anything to compare with, I hope you’ll be proud

6. Huh, I thought BLACKPINK tour was bigger than BTS, but it doesn’t seem to compare.

7. I like BLACKPINK and BLACKPINK and BLACKPINK are not guilty of anything, and I want to be annoyed by only swearing, but I am annoyed because Muggles who don’t know anything or just look at the title of an article like this on a female chore and bash BTS, even if I don’t mention it with BTS, BLACKPINK alone is good enough and I’m proud of it. If the reggies and the people involved in the unknown stock market are turned off

8. BTS was ranked number one in the world that year even when the scale of their tour canceled due to Corona in 20 years was announced. In terms of audience mobilization alone, BTS would be number 1 among currently active singers in the world.

10. This reporter or someone who cursed BTS for being caught by this article hahaha