Members of LOONA Choerry and HaSeul will not take part in the Philippine “POPstival” event.

Neuwave Events & Productions, the concert promoter, revealed in a statement on October 19 KST that Choerry and HaSeul would not be performing with LOONA on October 21 at the “2022 POPstival” in Manila. Chuu won’t be joining the gig either owing to prior commitments, the promoter informed fans on the day of LOONA’s participation in the event.

At the performance will be the remaining members HeeJin, HyunJin, JinSoul, Olivia Hye, Kim Lip, Vivi, Gowon, YeoJin, and Yves.

On October 21, the SMDC Festival Grounds will host the “2022 POPstival” concert. LOONA, VIVIZ, Brave Girls, Hyolyn, Park Bom, BE’O, and other P-Pop performers are on the bill. 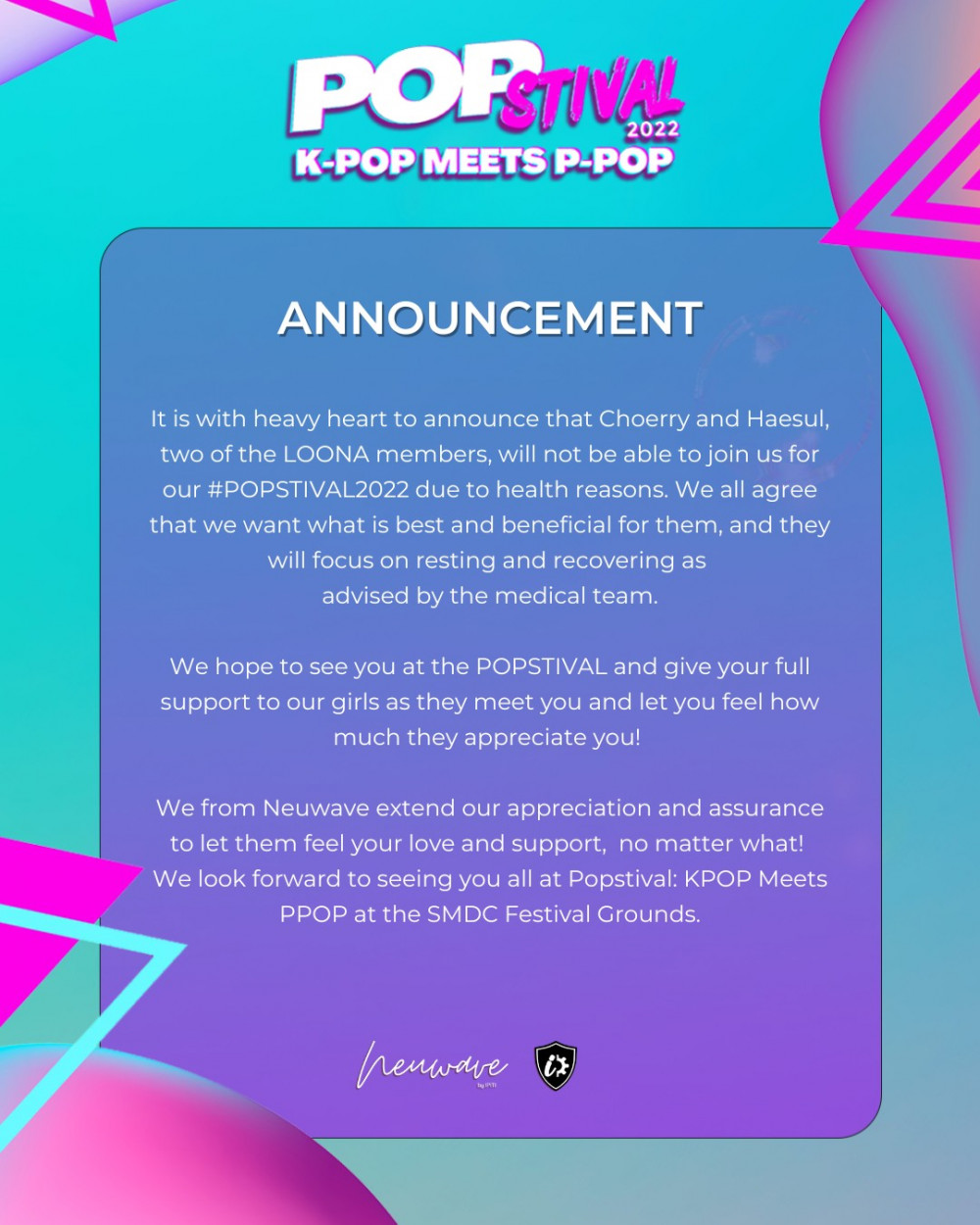