Little Women, a current drama on tvN, has been taken off Netflix for Vietnamese viewers as of October 6 in response to a request from Vietnamese authorities.

Three sisters who grew up in the underclass of society are the subject of the film “Little Women,” which also stars Kim Go Eun, Nam Ji Hyun, Park Ji Hoo, Wi Ha Joon, Uhm Ji Won, and others. Their lives become intertwined with those of one of the wealthiest and most powerful families in South Korea’s elite class. 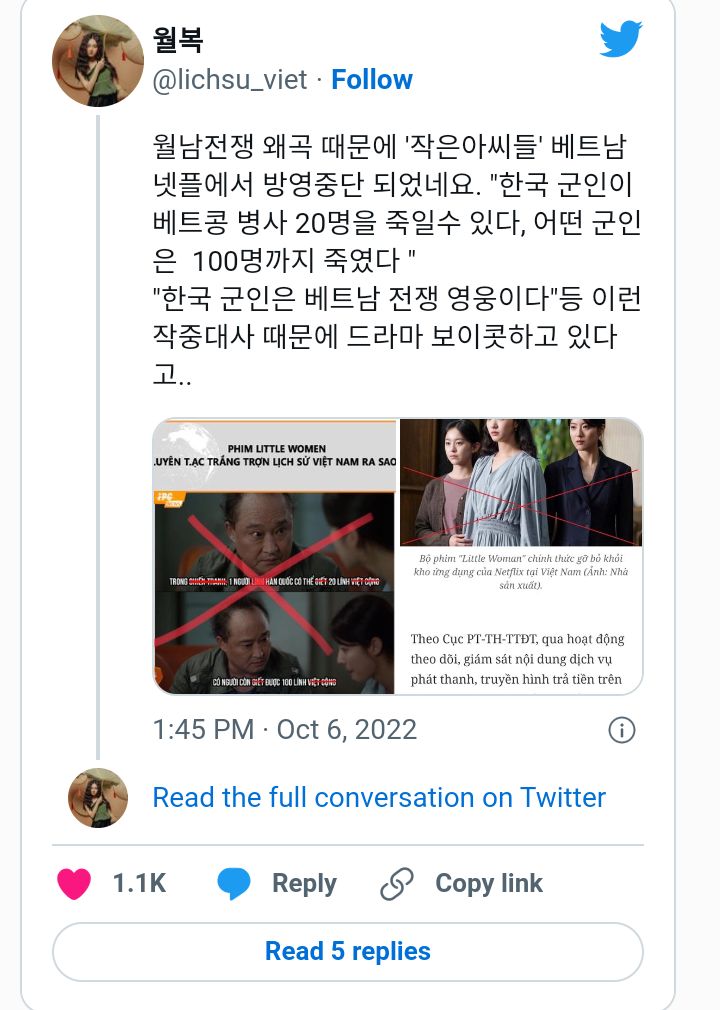 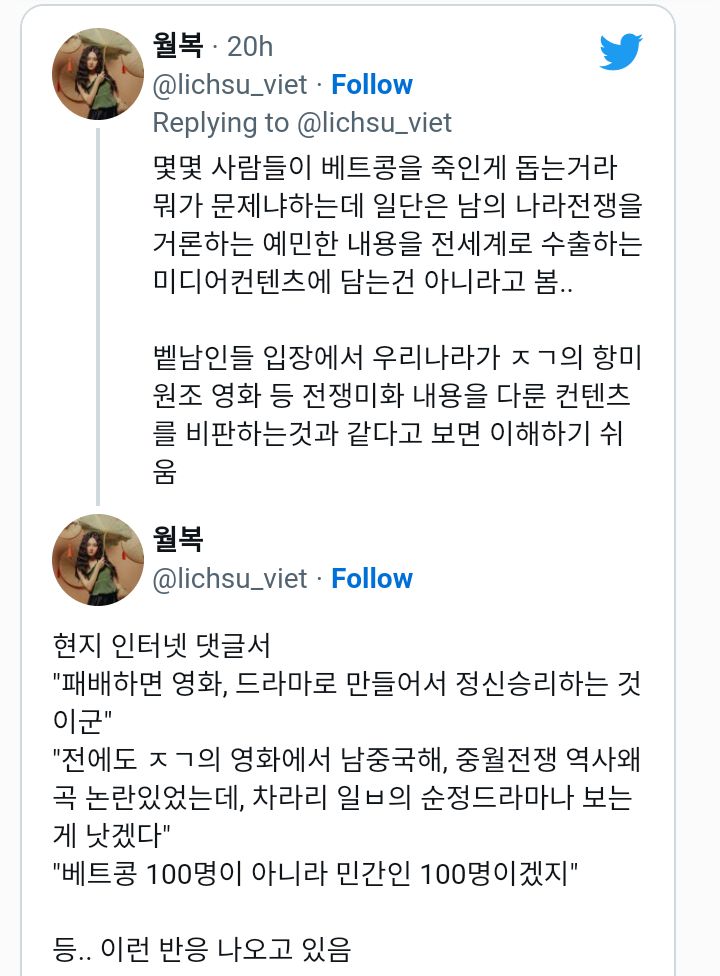 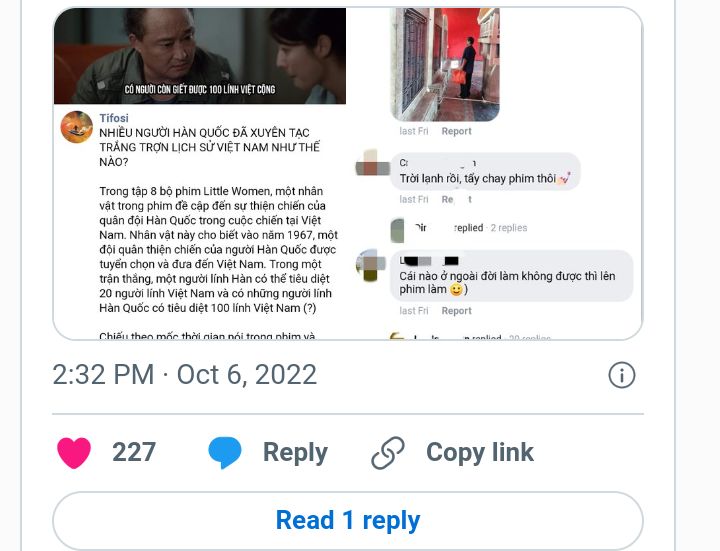 A character in the drama by the name of Won Ki Seon, a former combatant in the Vietnam War, says the following: “Twenty Vietcong troops were instantly killed by the Korean army. “One soldier killed 10 by himself,” and “Korean soldiers are the Vietnam War’s heroes.””

Many Korean internet users sharply denounced the offending remarks made by the relevant character after becoming aware of the criticism the drama has been receiving from Vietnamese internet users. Many people said, “Are the drama’s creators insane? Can they at least think with their brains for a moment?,” “Wow, I’m just embarrassed,” and “That scene was so awful.” “This drama is amazing, but yep, the anger is definitely legitimate,” “I was actually like, “What the heck,” when that moment came on too,” “Korean dramas being distributed to so many countries these days, these kinds of dumb lines won’t cut it,” and “The creators need to apologize.” We ought to be wiser than to make fun of other nations’ delicate histories “, etc.

The drama’s production firm, Studio Dragon, responded to the matter by promising to take many socially and culturally sensitive themes into careful consideration in future media material.

The final two episodes of tvN’s “Little Women” will premiere this weekend, bringing the series to a close.