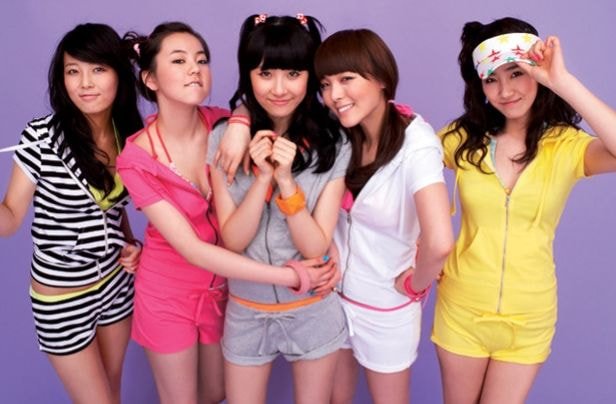 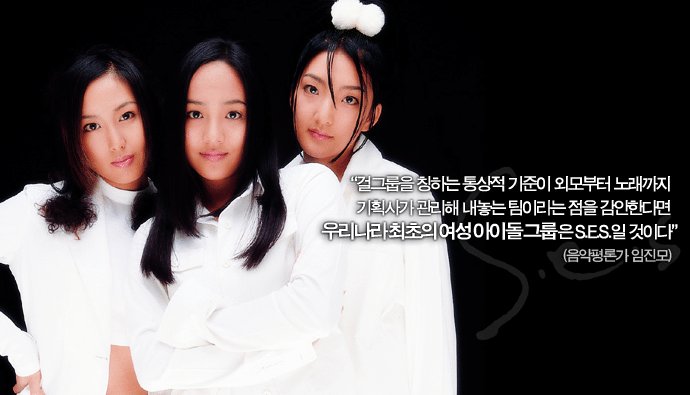 Although it is in the picture, it is being evaluated as the first idol girl group in Korea.

The group that marked the beginning of all girl group history

Although Baby Vox debuted first, I see SES as the beginning of the first generation.

Groups like Fin.K.l and Shakra made their heyday as a girl group debuted one after another.

Until BLACKPINK, it was unparalleledly number one in single sales, and the beginning of all girl group concepts started with SES.

After that, from the mid-2000s, Jewelry and Sugar became popular at the same time.

A new era of girl groups has begun, with Cheon Sang Ji-hee and Seeya also debuting and taking first place.

The media does not distinguish between the two generations. 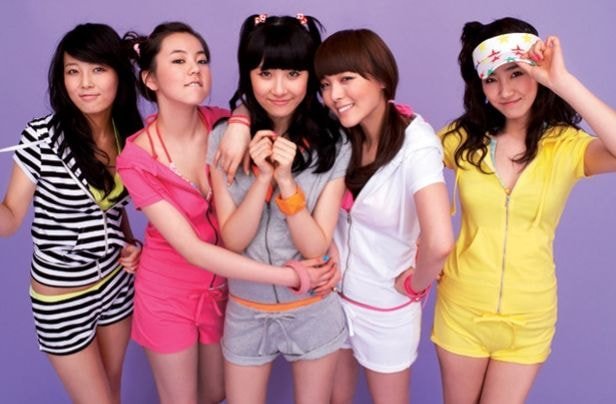 As a girl group after ses and Fin.K.l., it caused a syndrome in 10 years and opened the doors of the second generation.

Somul played a decisive role in changing the music industry from the era of big idols.

It is no exaggeration to say that it has continued until now. In particular, Tell Me is a social phenomenon-level syndrome that is still evaluated as the idol’s biggest hit song.

There are as many first titles as SES, such as the first single grand prize for a girl group, the first annual number one on a girl group music chart, etc.

Also in the second generation, Girls’ Generation and Kara, the final bosses of female idols, debuted in the same year and are tied as one-ka-so.

After that, the crazy girl group craze blows

2NE1, Miss A, 4minute, f(x), Secret, After School and such groups performed well together.

Unusually, in the second generation

There has been a generational change.

Apink was originally called the 3rd generation in the press, but now it seems to be referred to as the 2nd generation. 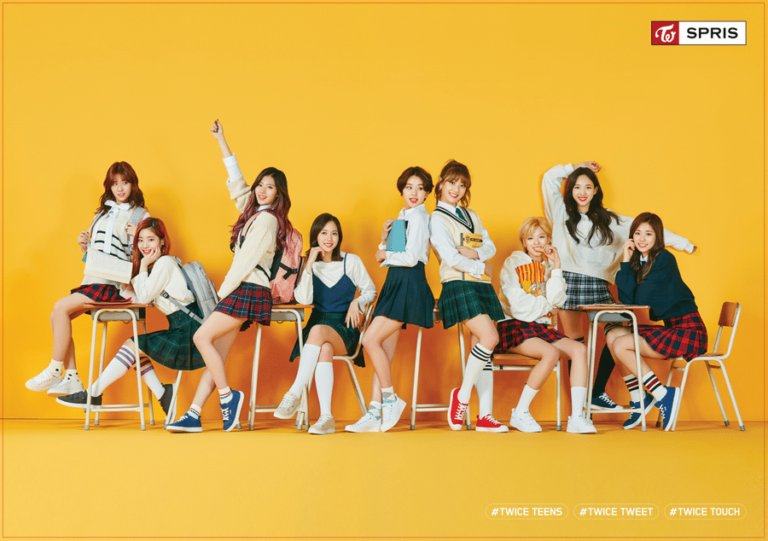 her girlfriend, who debuted in the same year, it was evaluated as the beginning of the 3rd generation as it hit all the music charts, physical album charts, and YouTube.

At that time, they changed all the Initial Chodong records that had been maintained for several years, and caused a syndrome as a girl group after a long time due to the Sasha Sha craze.

In terms of accumulation and volume, they are the most overwhelming among all girl groups. I can say that I am unique in my girl group career.

And then to the final king, Blackpink.

From this point on, as girl groups expanded abroad, album sales exploded like crazy. 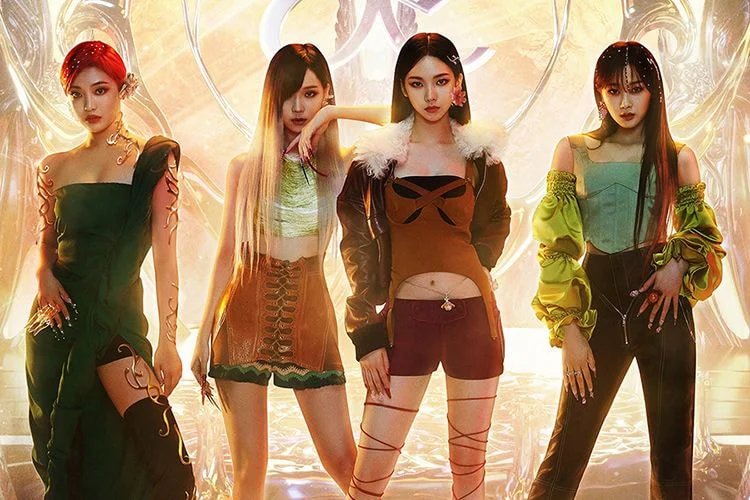 Opinions are still divided about the 4th generation.

(((It is true that the public opinion that the generation changed in earnest was formed when Espa came out last year.))))

Although Neckre did not take first place on the music charts, it was ranked in the top 5 for a year with a super long run and dominated the charts to the extent that it swept the grand prizes such as Melmu Goldie Han Dae-eum.

I have given the AAA or Soribada awards or the grand prize to girl groups, but

It’s been a really long time since TWICE to receive a grand prize at a major awards ceremony that has been around for more than 10 years, such as Melmyu and Goldie Han Dae-eum.
In addition, this year, even Ive recorded chart results close to the syndrome.

Even New Jeans has swept the music charts with their debut album, and is now being recognized as the 4th generation era.

Itzy, who debuted before Espa and rose, but girls are also evaluated as the 4th generation core group.

(Overseas, it is said that Itzy opened the 4th generation)

2. It’s true that Itzy is the 4th generation and it could be famous if it’s famous.. I think it was Espa who opened the 4th generation door.. I’m an old lady who stopped at the 2nd generation, but I feel like it’s just unplayed in the media lol What the media say. The media puts the word “open” for every idol that comes out during a downturn and drags them into aggression lol

3. It worked well enough, but it feels like the end of the 3rd generation rather than the 4th generation opening

5. I think there is a “group” that opened the 4th generation. And speaking of representative groups, Ive, New Jeans

6. 2nd Generation Moon Yeonge Won Girl Tellmage This is a song that changed the music scene, so there is no difference of opinion.

7. The 4th generation article has been published since Itzy, but those who don’t know it must not have read the article.

9. It is true that Soshi succeeded, but it was the Wonder Girls who opened the door…

10. I think the 4th generation was the first to wear it when it debuted. 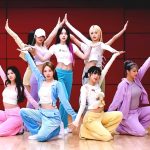