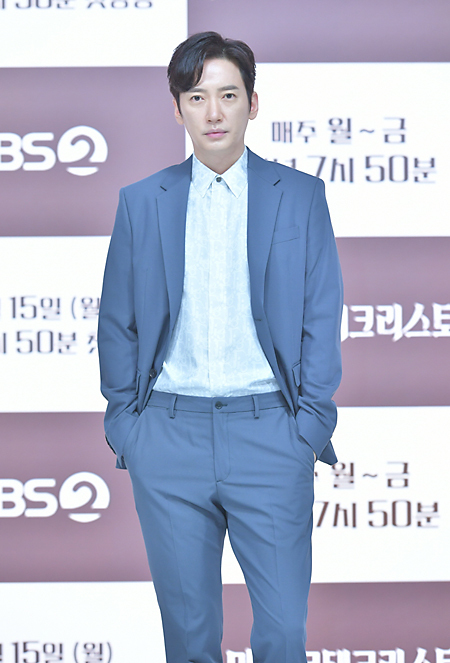 Actor Lee Sang-bo (41), who was designated as ‘an actor in his 40s on suspicion of drug use’, has completely denied the allegation.

On the 10th, Gangnam Police Station in Seoul arrested Lee Sang-bo on charges of violating the Narcotics Control Act. Lee Sang-bo is accused of wandering around Gangnam-gu, Seoul while taking drugs around 2 pm on the same day.

Closed-circuit (CCTV) footage from the time of his arrest shows him squatting in a yellow short-sleeved T-shirt as he runs down the street. The CCTV footage also showed him staggering for a while after stepping on his foot, then running again. At that time, Lee Sang-bo received a report that “a man who looks drunk is walking around” and was tested for narcotics by the police.

Regarding the situation of the day, Lee Sang-bo said, “On that day, I couldn’t control my mind even with the medicine I had been taking for a long time, so drinking alcohol seems to be the beginning of an unfortunate incident. I have resented the sky hundreds of times, thousands of times. You would rather take me first. I also had a bad thought as to why you left me alone and made me feel so lonely. But I couldn’t do that. There was only one heart that I wanted to hold on to and to protect. I have become a weak person who cannot help but become depressed.” 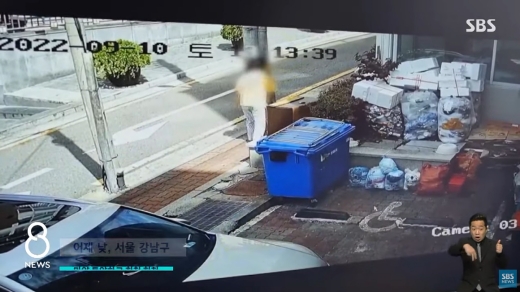 He also appealed, “When I think of my family, who will be watching me from somewhere, I will gain strength again, try to laugh more, and struggle to be happy. But when I come to my senses, I have become a person called a ‘drug actor’.”

Lee Sang-bo said, “I never did drugs. The stigma of being a drug actor left a very unbearable stain as a human being before I was an actor. I will do my best to clear up misunderstandings related to me and restore my honor. We will be faithful to the police investigation in the future, and we will take strong measures against unfounded false facts.”

He also added, “I will do my best to show you a bright side even without a nerve stabilizer in the future.”

It is reported that the National Forensic Research Institute is currently analyzing Lee Sang-bo’s body hair and urine samples. Usually, the analysis results of the national fruit tree come out within two weeks. Through this result, interest is focused on whether Lee Sang-bo will be able to get rid of the frame as he said.

Born in 1981, Lee Sang-bo made his debut in the drama ‘The Longest Life in Invisible Man’ in 2006, and has since appeared as a supporting actor in several dramas. His latest work is KBS 2TV’s daily drama ‘Monte Cristo’, which aired last year.

▲ Below is the full text of Lee Sang-bo’s SNS.

hello? This is actor Lee Sang-bo.
First of all, we sincerely apologize for causing concern unintentionally during the holiday, when everyone should be happy and happy.

As already reported in the media, I don’t have a family to celebrate the holidays with. I try to get used to it, but as the years go by, I don’t get used to it. Moreover, when it is difficult and memorizing like this year, the empty space in the family only feels bigger.

That day, I couldn’t control my mind even with the medicine I had been taking for a long time, so drinking a glass of alcohol seems to have been the beginning of an unfortunate incident.

Over the past few years, as I have been leaving my family one by one, I have resented the sky hundreds and thousands of times. You would rather take me first.. Why did you leave me alone and make me so lonely? My life is important, but I only wanted to protect the pride and honor of the family who left first. I squeezed out the remaining strength and squeezed it again and again, but it was absolutely not easy to put the people I loved in my heart.

So I relied more on tranquilizers, and now I am a weak person who can only get depressed without it.. Thinking of my family who will be watching me somewhere, I try to cheer up again, laugh more, and struggle for joy.
But when I came to my senses, I became a person called a ‘drug actor’.

I never did drugs.
The stigma of being a drug actor left a very unbearable blemish as a human being before being an actor.
I will do my best to clear up any misunderstandings related to me and restore my honor. We will be faithful to the police investigation in the future, and we will take strong measures against unfounded false facts.

And in the future, I will do my best to show you a bright side even without a tranquilizer.

In particular, I am only so deeply sorry to the director and the teachers, seniors, and fellow actors who worked with Monte Cristo, which was so special to me. It’s because they reminded me of the word family that I had forgotten for 7 months.

Once again, I bow my head and apologize for causing concern to everyone…