The “handsome” visuals of IVE’s Yujin and NewJeans’ Minji were discussed online.

A recent post entitled “For those alleging Ahn Yujin and Minji have “male-like” traits” was made by a netizen on an internet forum. The user added a picture of IVE’s Yujin and NewJeans’ Minji to this post and added, “You can tell from the images that they have a tan skin tone, a high nose bridge, and a distinct T-zone. I have no words, however, for those who claim that these [features] are what give them a manly appearance. [What they are] in reality is “beautiful,” with a dash of “handsomeness.” Many individuals appear to believe that these faces have male-like characteristics, although the chins of true male-like features are very different. However, Minji and Ahn Yujin both have slender faces. Real male-like looks also lack the innocent expression that these two possess.”

“I am aware of this. Despite the fact that they both have lovely faces.”

“I just think they would have been very attractive if they were masculine rather than having male traits.”

Instead of saying they have masculine traits, you should describe them as gorgeous and pretty.

Although I don’t believe they have fully developed male features, they are certainly attractive.

“They’re both quite attractive, so I truly like them both.”

“I believe people are complimenting them because of their high nose bridge,” you say.

“While I can’t speak for Minji, Ahn Yujin does has that masculine trait. She is very attractive.” 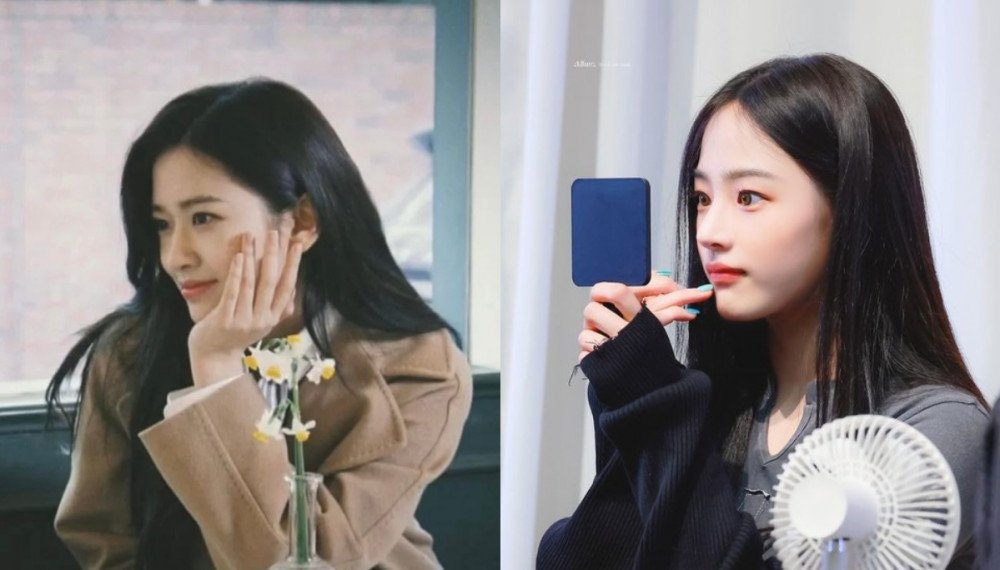