Knetizens are complaining about dating rumour between V and Jennie 4th photo, they are saying it seems Jennie’s phone has been hacked that is why their private picture keeps coming out one by one and they have to pay before this can be stopped. 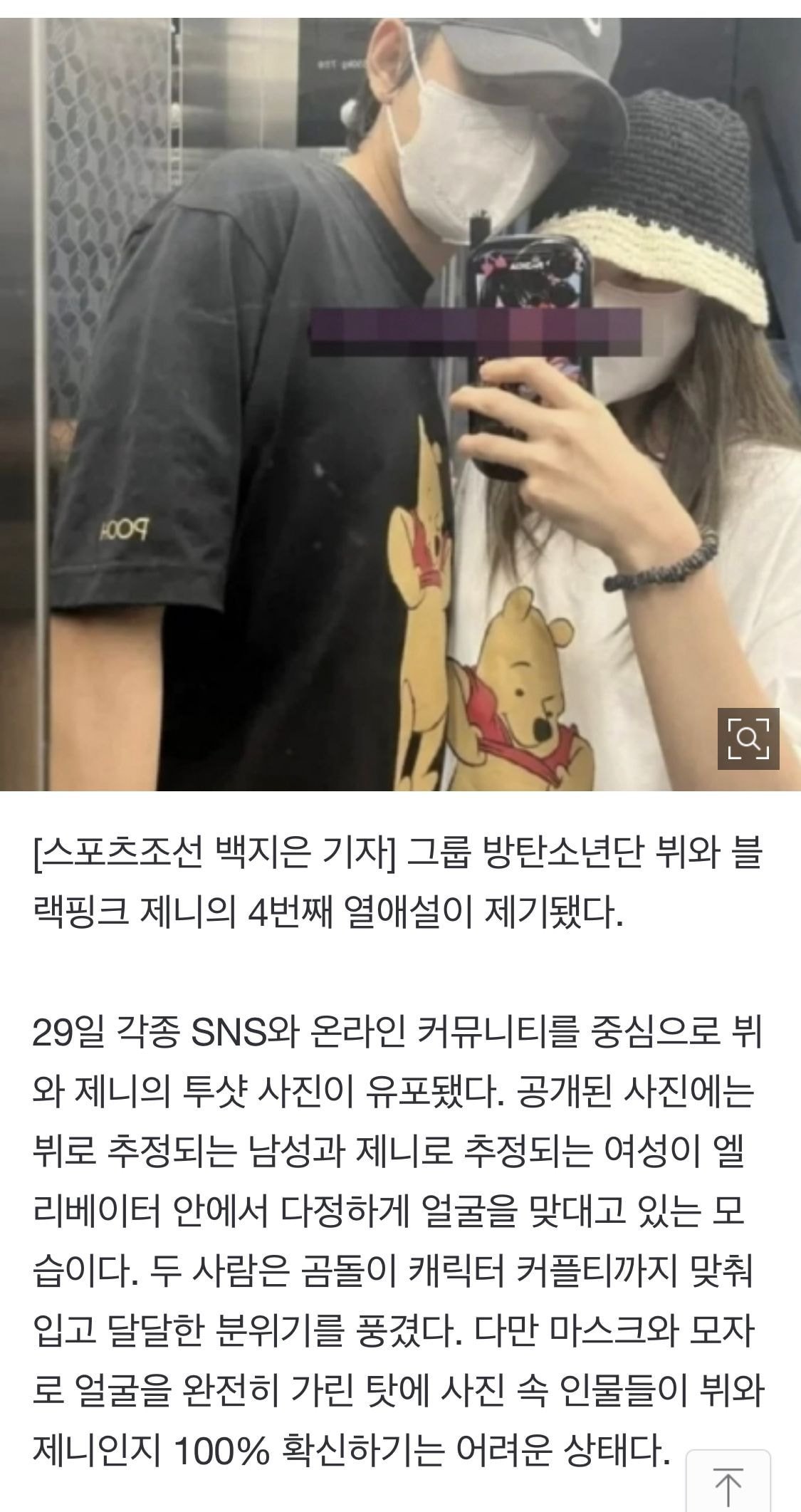 1. It would be better to have a public relationship than to keep going like this

2. Are you quietly responding to the company behind the scenes

3. I think this phone has been hacked… It’s a crime like this

4. It’s true, but if you deny it, you can’t respond with a false photo by releasing a fatal photo

5. It’s really creepy to unravel the photos one by one to admit it… Why are you so serious about celebrities?

6. They seem to be threatening to release photos one by one until they give you money… It’s really dirty.

7. I feel sorry for both of you… Leave them alone

8. Is it hacking or should I investigate?

9. What is the meaning of admitting a relationship now? We should discuss it well with both agencies and quickly prevent further leaks… Last time, the agencies said they were taking care of them, but one more photo was released, but we have to stop the extra leaks anyway.

10. Isn’t this a crime? Why are you crazy about releasing private photos?