During their V Live, Ryujin and Yeji of ITZY brought up Red Velvet’s Joy and singer Crush, which garnered attention.

Ryujin noticed when viewers began leaving comments on his and Yeji’s most recent V Live broadcast. Crush should pay more taxes, Ryujin read aloud when he came across these comments, and he immediately understood what they meant. But Yeji couldn’t quite understand what the fans were saying.
THE ADVERTISEMENT

Then, to everyone’s surprise, Ryujin casually uttered into Yeji’s ear, “It’s because [Crush] is currently dating Joy sunbaenim.” Yeji then replied, “Mm. Mm. But how does that apply to the comments?” Ryujin continued, “People are telling him to pay more taxes. 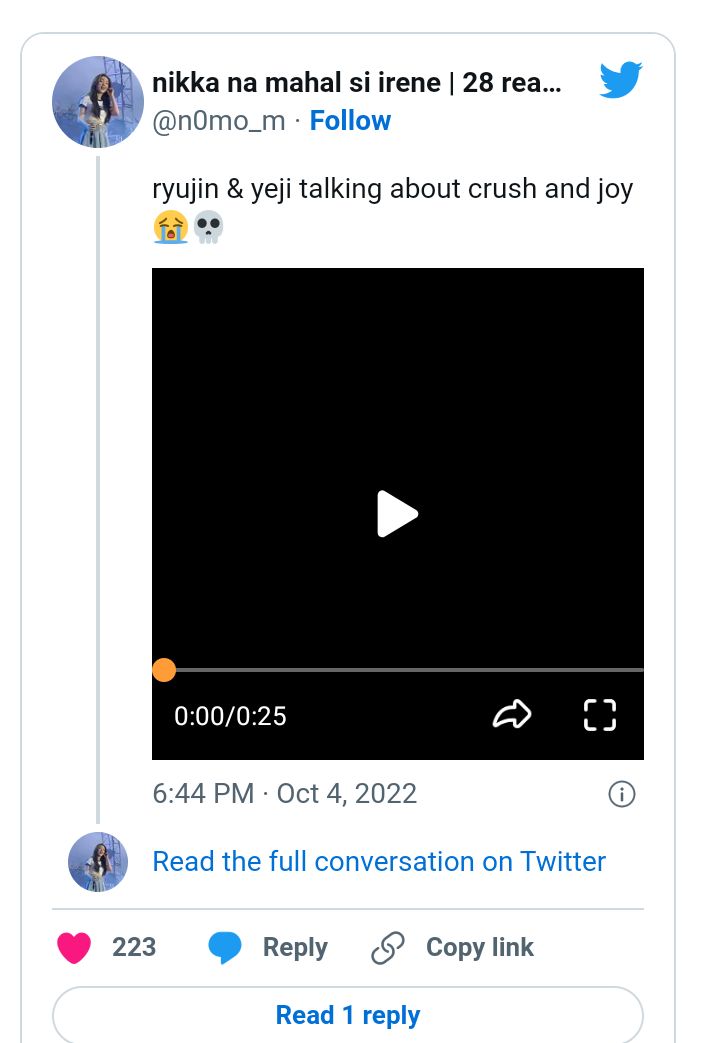 “It’s my first time seeing an idol talk about another idol’s dating scandal.”

“Their action was thoughtless, but they’ll probably be better about it next time.”

“I mean, it’s not like they’re in a secret relationship or anything. What’s the problem?”

“They should read comments with filter TT.”

“But they’re not in the same company. Why were comments suddenly talking about another company’s idol?”

“It seems like just a happening that occurred after thoughtlessly reading comments.”

“They’re both female idols, so it was kind of thoughtless of her to say that.”

“That was kind of thoughtless, but it’s not to the point of being cursed at.”