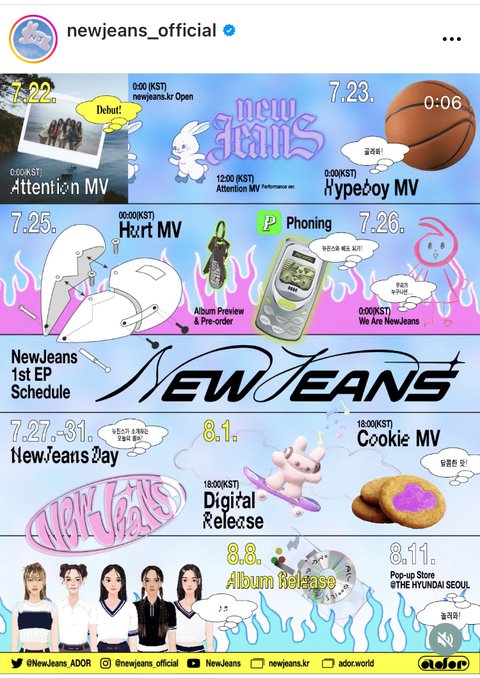 The concept of this summer’s album, New Jeans, feels like it was originally prepared before New Jeans’ debut, so it’s true ㅇㅇ But look at the album schedule 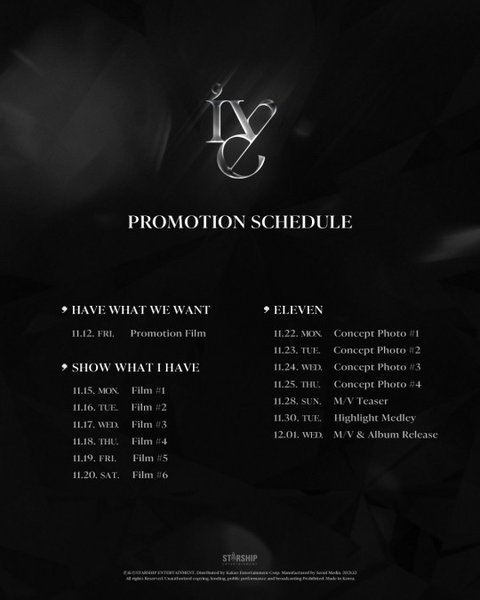 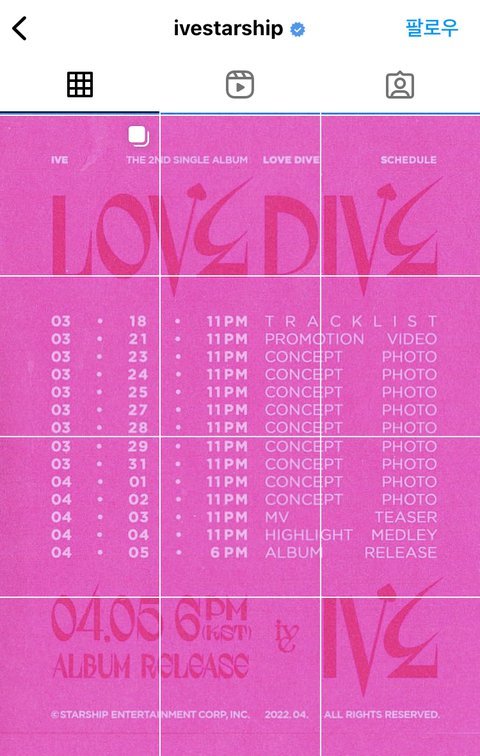 Obviously, I had to list them by date along with the date in this way, but this time, the schedule for the debut song of New Jeans came out like this. 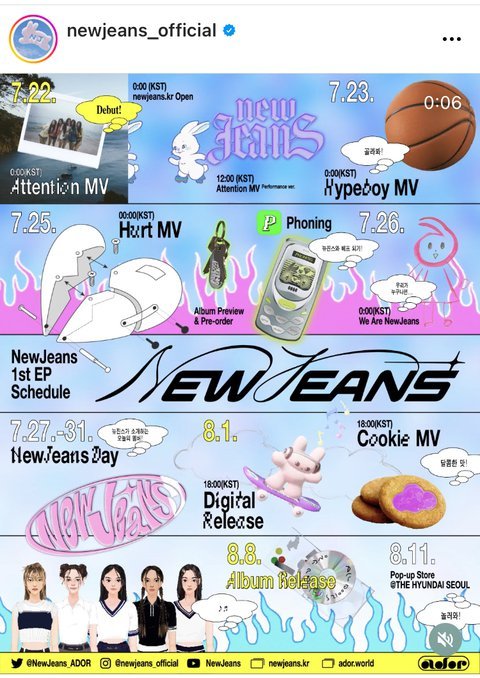 After I released this, the concept itself was kitsch and retro sensibility, so I thought it was pretty well made to fit that..

Look at Ive’s below . 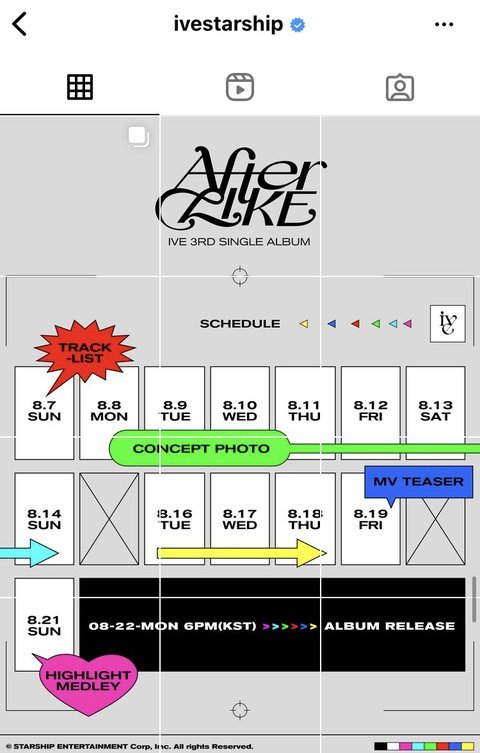 To be honest, I don’t think I did it because I was afraid it would be too kitsch .. It’s kind of a bubbling thing.. It’s just a date lineup, and then suddenly it’s a
newtro style with that composition, isn’t it? 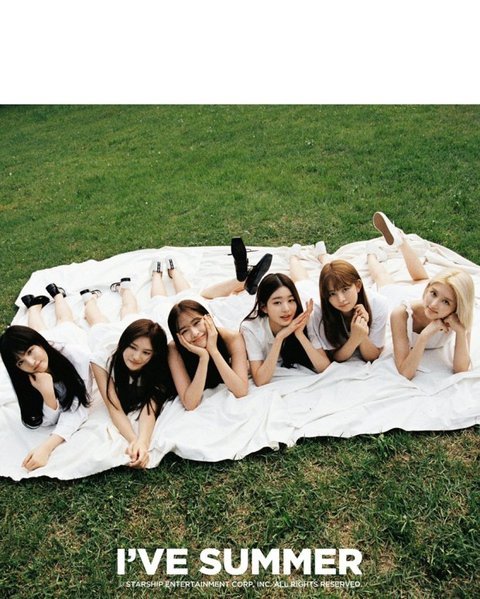 It seems like the concept of summer + laziness in addition to the existing teen, but go that way.. Originally like an eleven, it was like a gorgeous teen all the time. It was far from this kind of retro sensibility, so it felt like I was imitating it. It’s a problem, but I know that even just a little overlapping of these things will come out because of the fierceness of girl groups these days.
+Ive’s fandom These guys can’t even unite with each other. Sometimes they say it’s retro y2k, but they say it’s a summer concept, and then they go back and forth ㅋㅋ They kissed each other a little bit and came to me ㅠ 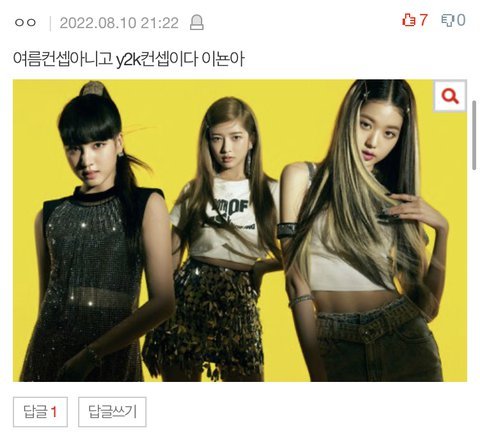 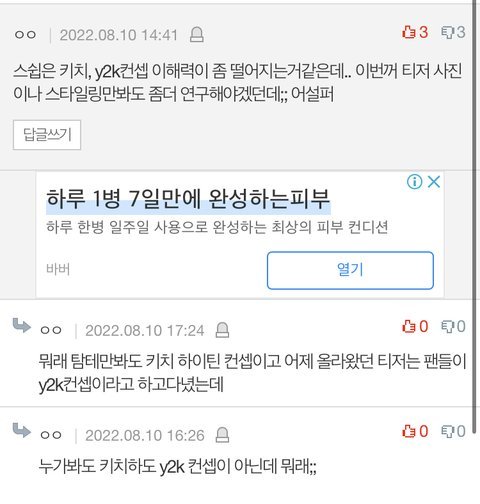 1. The mindset that everything kitsch belongs to the centipede is strange. Ive had a goddess concept and a teen concept so far, so a schedule that fits that came out. Do you change the schedule after seeing the debut New Jeans? Ugh, too much self-consciousness

2. Are you…? Baby, a work that costs money can’t be changed in such a short period of time. Ordinary companies would do the same, isn’t it Ive Starship? What kind of neighborhood shop is a company as big as a starship? I should have done the album song and concept a while ago. I’m ngaty in the real article

3. I’m so thankful for the antis, the indifference is the scariest thing, but I’m really really grateful for bringing the teaser photos along and promoting them ㅋㅋ Please tell the world that you’re making a comeback by writing more aggressive comments.

4. No... So Ive is coming back on August 22nd, but after seeing the debut of New Jeans, you think that the music video shoot and album shoot were overturned and changed in a hurry? go to the hospital…

6. Are the guys doing this shit really crazy..? It’s said that they are somewhat conscious that they did it on a date and then as soon as New Jeans did it that way, in a few days, they came up with a similar composition for the next album schedule.

7. New Jeans fans think that their idol and Min Hee-jin are so good, they put on all the other female idols and everyone keeps them in check.

8. The more I feel like this, the more I hate it, so I only saw the stage once, but honestly, the stage was just that good. I didn’t go, and all the faces looked alike

9. Pan knows that New Jeans Espa is everything…. I think I read an article that Twa also copied it, but go to Hive and SM and ask if this is plagiarism; They take turns writing forced plagiarism to blatantly criticize female idols hahaha 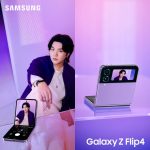