BTS bighit twitter handle shared a picture of Jungkook resembling a vampire with the phrase “Me, Myself, and Jungkook.” There are two hashtags: “Photo Folio” and “Editor JK.”

Despite the absence of official confirmation, it seems that Jungkook will shortly release something special for his fans. 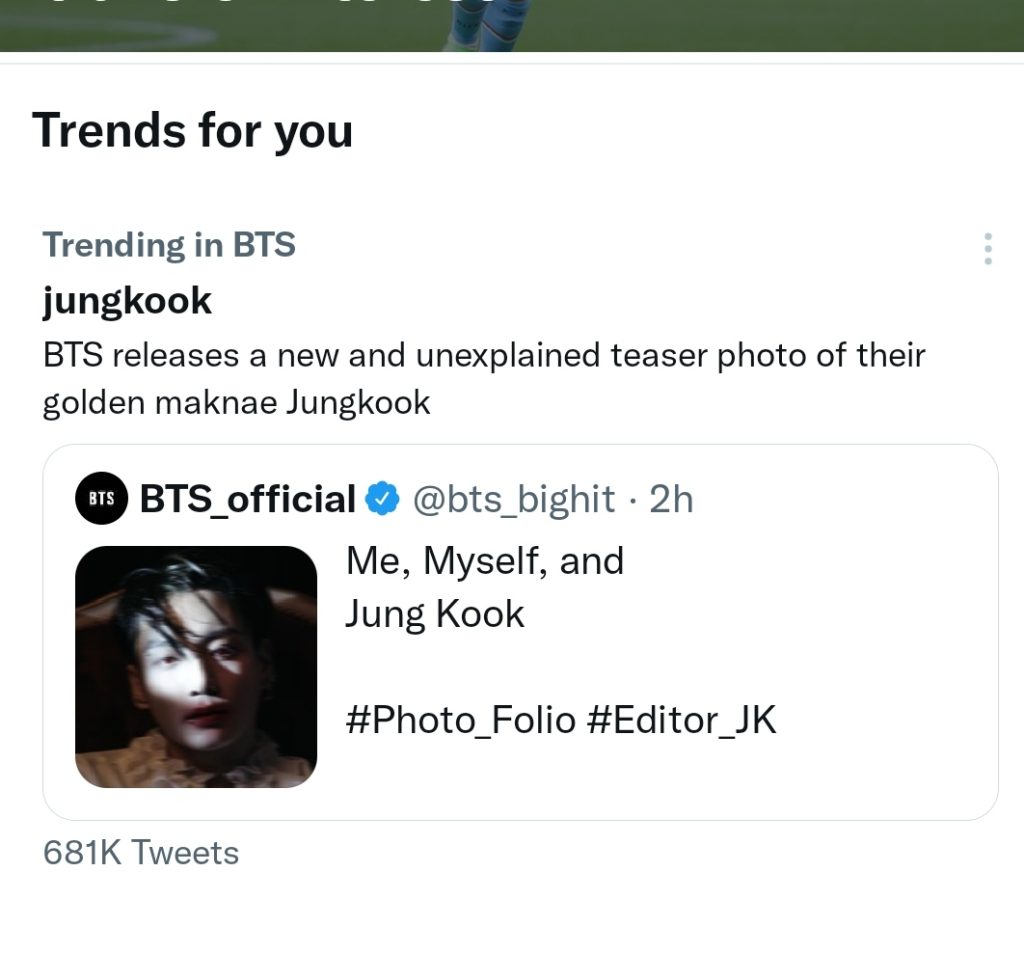 JUNGKOOK is currently trending worldwide at #1 along with other related keywords and hashtags 🌏 pic.twitter.com/zcdKdFPh7f

how we went from cutie pie to vampire jungkook in 5 days pic.twitter.com/7aJOVqTO8U

jungkook dropping his album on his birthday would be the most jungkookest thing ever.

📈| Jungkook has now occupied the top three of the worldwide trends 🌍 prior to the #Photo_Folio release along with 'VAMPIRE JK' at #7 and 'JJK1 IS COMING' at #20. pic.twitter.com/T3pZ0unEiy