The Korea Entertainment Management Association hosted the 8th annual ‘APAN Star Awards’ on September 29 at KINTEX (CEMA). Kang Daniel, Yuju, and Chancellor performed as artists representing KONNECT Entertainment, the recipient of this year’s APAN K-Pop Label Award. This award is given to a K-pop label that promotes the development of K-pop and is active in a variety of fields.

The artists performed their latest discography in front of the drama actors and spectators on the special stage. Kang Daniel, the founder of KONNECT, performed “Parade,” a song from his first full-length album, “The Story.” Yuju sang her digital single “Evening.” “Runaway with me,” from Chancellor’s second full-length album, was performed.

The KONNECT artists took the stage together to accept the APAN K-Pop Label Award. 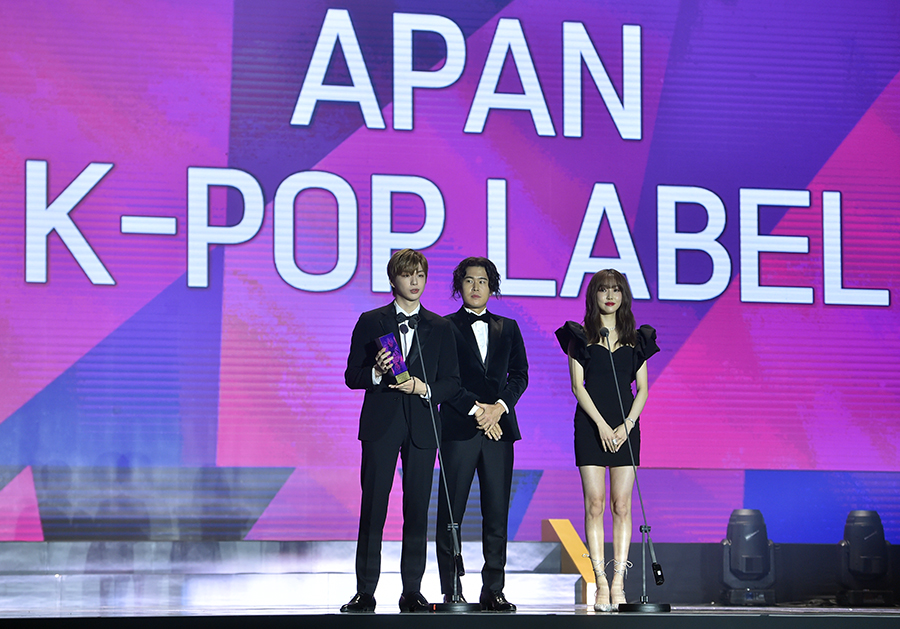 “First, many thanks to CEMA and APAN Star Awards for such a huge and meaningful award,” Kang Daniel, the company’s artist and CEO, said in his acceptance speech. To be honest, out of all the awards I’ve received, this one is particularly special because it was given to me as KONNECT Entertainment rather than Kang Daniel, so it has a lot of significance. Of course, the beginning was difficult. There were numerous ups and downs, as well as numerous falls. But, with this award, I believe we have been sprinting. All KONNECT employees, this company KONNECT as a whole, persevered admirably. It’s an honor that fills one with pride and makes it all the more valuable.

“If that was the first act, we’re now in act two, with Chancellor and Yuju displaying a lot of great music and good performances, growing together each time, which makes me happy.” In the future, we’ll show you good content as a feast for the ears and eyes in the third act through music and stages. Thank you once more. Thank you very much, APAN Star Awards.”

“As a KONNECT artist and producer, receiving this K-Pop Label Award is very meaningful and unique,” Chancellor said. Thank you so much to the APAN officials who bestowed this honor upon us. I’m dying to call you. In the future, I plan to work hard to create more great music and K-content. Thank you very much.”

“Usually at award ceremonies, artists receive a lot of attention, so I think it’s very meaningful to win an award under the name of ‘KONNECT’ as a K-pop label today,” Yuju concluded. I believe it is quite different. Thank you, APAN, for bestowing this honor on KONNECT. KONNECT will continue to make good music in the future, so stay tuned. Thank you very much.”

Kang Daniel said in a separate interview that it was even more touching that the award was for KONNECT and that it wasn’t an easy road. On an unfamiliar road, he had to be strong at times, and he felt out of his depth at others. Whenever that happened, he felt the power of family in the name of KONNECT with him.

“These wonderful artists opened the second act of KONNECT,” Daniel said of the other artists. We were able to present more challenges and charming music because of them.”

Following APAN, the KONNECT artists took to social media to express their excitement.

Daniel Kang: What a lovely day!!!! 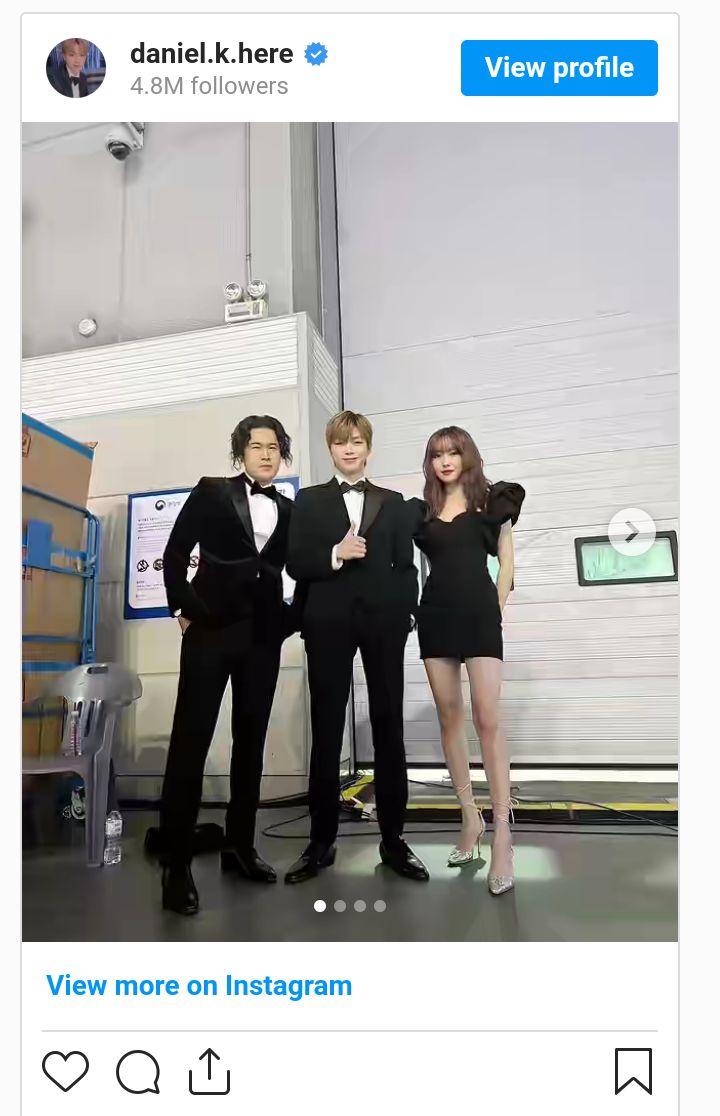 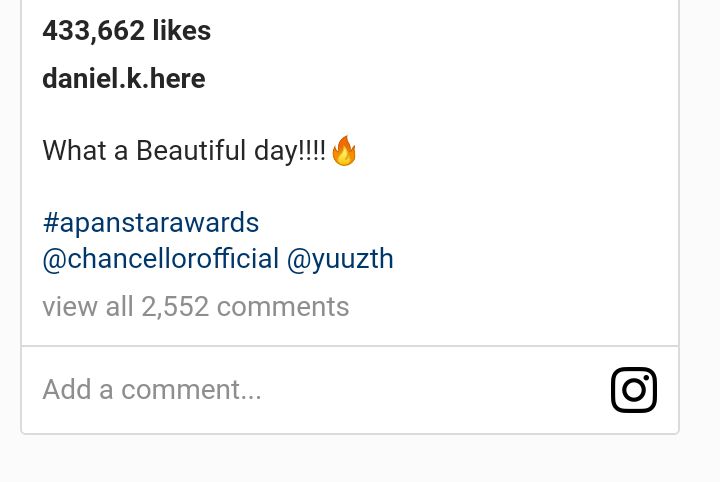 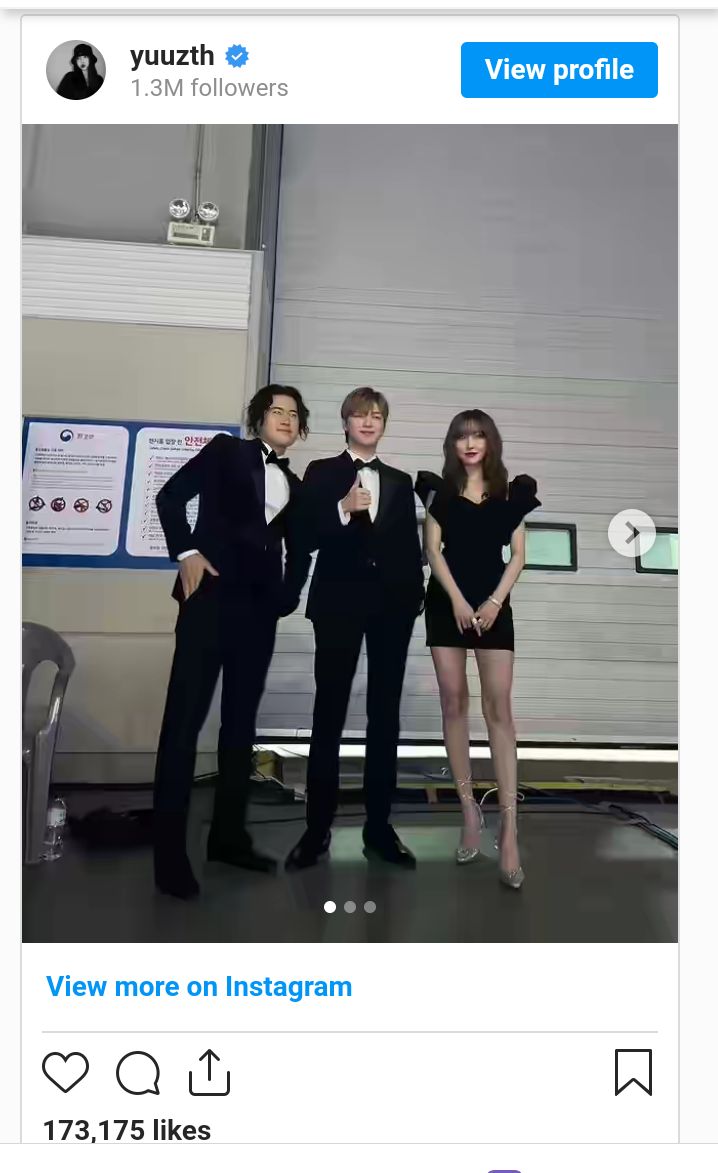 Kang Daniel’s one-man independent agency, KONNECT Entertainment, was founded in 2019 and has since expanded its artist roster in 2021 through Chancellor and Yuju, as well as a domestic management partnership with CL’s label Very Cherry. Mobile apps (Kang Daniel’s fancafe, ‘SuperStar’ rhythm game, ‘STARWAY’ puzzle game) and Cafe de KONNECT are among his other business ventures. The artists have dabbled in a variety of fields, including music, acting, hosting, and producing.

Kang Daniel will embark on the Asia leg of his ‘First Parade’ world tour and ‘Joy Ride’ Japan tour, among other things. Yuju has recently demonstrated her vocal prowess in JTBC music show ‘K-909’ and an OST titled “Real Love” for tvN drama “Love in Contract.” Chancellor made a special appearance at Daniel’s first solo concert after wrapping up the first season of talk show Midnight Show with co-host Purple.