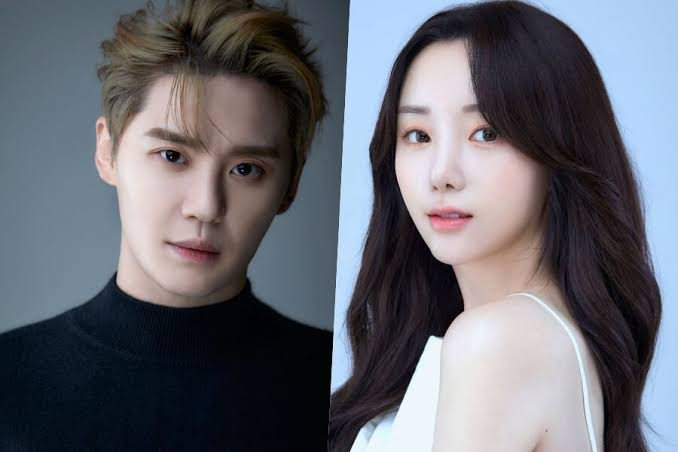 As a result of a comprehensive coverage of multiple entertainment industry officials by My Daily on the 19th, Junsu Kim and Kei, who are eating together at the entertainment agency Palm Tree Island, are currently in ‘in-house dating’. In the same agency, the two support and rely on each other’s activities, and are carefully nurturing their love.

Kei, who used to be the main vocalist of Lovelyz, was previously recruited to Palm Tree Island, where Junsu Kim is the representative, in January. She has since started working in earnest as a musical actress.

At the time of announcing her exclusive contract with Kei, Palm Tree Island said, “After a long and careful discussion, we have confirmed the potential and limitless development potential of Kei. and asked for support.

After transferring to her agency, Kei appeared in musicals ‘Excalibur-Seoul Encore’ and ‘Death Note’ with Junsu Kim, and the two plan to go on stage together at the Palm Tree Island Gala concert in September.
The age difference between Kim Junsu and Kei is eight years.
Kim Junsu, who has now established himself as a top-notch musical star, is a former idol singer who gained great popularity both at home and abroad through TVXQ and JYJ.

1. An official from Palm Tree Island told Newsen on August 19th that Kim Junsu and Kei’s dating rumors were “not at all true. It’s completely groundless.”

2. Wow, but Kim Junsu is also an age gangster. Dol and I are only 8 years apart these days.

3. But the 8-year age difference isn’t even a beauty, so why are you saying it’s not good?

4. It’s not a virtue, but it’s ridiculous what a guy said with an 8-year-old difference. It’s not like I’m dating a 19-year-old, and if we’re dating older adults, there’s nothing wrong with that

5. If both are adults and the female is in their late 20s, I wouldn’t be talking about the age difference ㅋㅋ It’s weird to think that an adult woman in her late 20’s making money doesn’t have that much cognitive ability…. What do you think of a girl? Separately, the agency staff must have suffered.

6. I came in to congratulate you.

7. There are a lot of couples who are in love with a lot more age gap than 8 years old.

8. The most surprising thing is that they are 8 years apart.

9. Even if there is no problem with dating, the bigger problem is that they avoided dating rumors out of the blue.

10. Whether it’s true or not, I don’t know if I should emphasize the word “8 years difference” like that.