Though NMIXX members are all pretty, Knetz said they don’t match as a group but individually they are pretty, See what they are saying about the Idol group… 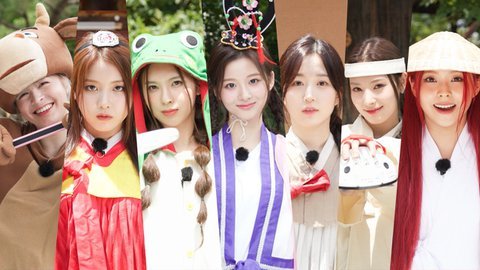 All the members play separately… Like Espa New Genes, in a small group, the face match is not good, but it covers to a certain extent, but there are 7 people. In particular, Haewon and Lily are the main vocalists, but they are too hot

+) Espa New Genes face match Not bad No, it was an example of a small group

1. Each one looks pretty, but it’s important to get along as a group.

4. When I look at the styled photos, everything is fine.. Only one person is uniquely fried, but the rest are all pretty.

5. Every time I see Haewon, it looks like Unpleasant Valley

6. Some wear princess clothes, some wear keystone clothes. I feel really bad. I have to wait until the group comes out

7. I don’t like height or face, so at least the proportions should be a little bit right… I think it’s funny looking at Haewon’s joke bear shorts, but when I look at the large size of Nmix, I only see Haewon.

8. To be honest, the Nmix members aren’t ugly. They look so pretty when they’re separate, but they don’t fit together..

9. Just looking at the pictures, there are a lot of Cork and middle-aged girls. Except for one or two, they look similar, and they don’t have a sense of individuality because they’re flat and pretty.

10. If it wasn’t for Seolyoon, the group would have already disappeared.