This is their first comeback 2 years after their last comeback and Jennie is still like that. Looks like Jennie is deciding to skip on all the choreography to look hip instead

1. She didn’t do it without sincerity, she made good use of she gestures while rapping hahahaha

2. Skip the moves if you’re live vs lip sync if you’re dancing

3. It’s weird to dance while rapping

5. It’s English rap, but if I rapped while dancing, I’d be ridiculed.

7. She has f*cking lots of rap lines and she needs to do that choreo too. Do you prefer her lipsyncing then?

8. Not only Jennie but even the other kids weren’t dancing at their fullest because they’re performing live

9. Wouldn’t it be even weirder if she was dancing full out and not performing live during a her rap part? Do you think it’s better to get her rap wrong when she’s dancing or get her dance wrong when she’s rapping?

10. She’s a singer, of course she needs to perform liveㅋㅋ If you just want to watch people dance on stage..ㅎㅎ That’s not BlackPink 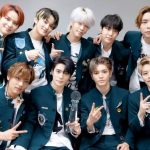 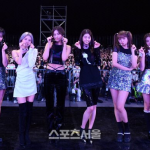