Actress Park Eun-bin received a lot of tribute gifts on her birthday from fans yesterday and some Knetz are shocked that celebrities get too much from the fans. 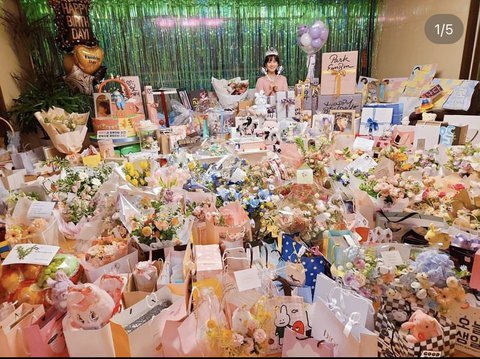 1. Eunbin is an actress who understands even if she receives a lot of love, I envy her…

2. Actress Park Eun-bin is so cute that she’s smiling from afar

3. Park Eun-bin is an actress who tries to show a better side of her with as much gratitude as the love she receives from fans, so even if she is loved like that, she understands. I give and write letters, but let’s not let a third party talk about it. Fans and viewers saw good performances in good dramas. I’m looking forward to seeing better performances in the future. Actor Eunbin!

4. I don’t understand why people buy and donate stuff like that to celebrities who are already making a lot of money.

6. But Park Eun-bin is a certification fairy who certifies everything she received on her birthday every year.

7. She filmed it because she wanted to show everything she received. She’s really nice ㅠㅠ Innocent

9. Wow~ It’s so much fun to open a gift, I’m so envious~~ Congratulations Eunbin-sama

10. Youngwoo.. you should be happy