Some fans said Crush avoided touch of black fans hand at one of his concert, see Crush response below and Knetizens Reactions

According to some fans, Crush was trying to avoid touching hands of some Black fans at one of his concert

yeah… i’m the roommate. for this to happen to us first hand really broke my heart. i’ve never experienced blatant discrimination like this in my entire life. especially since he was my favorite artist, it hurts so bad https://t.co/AhoyLU1zOw 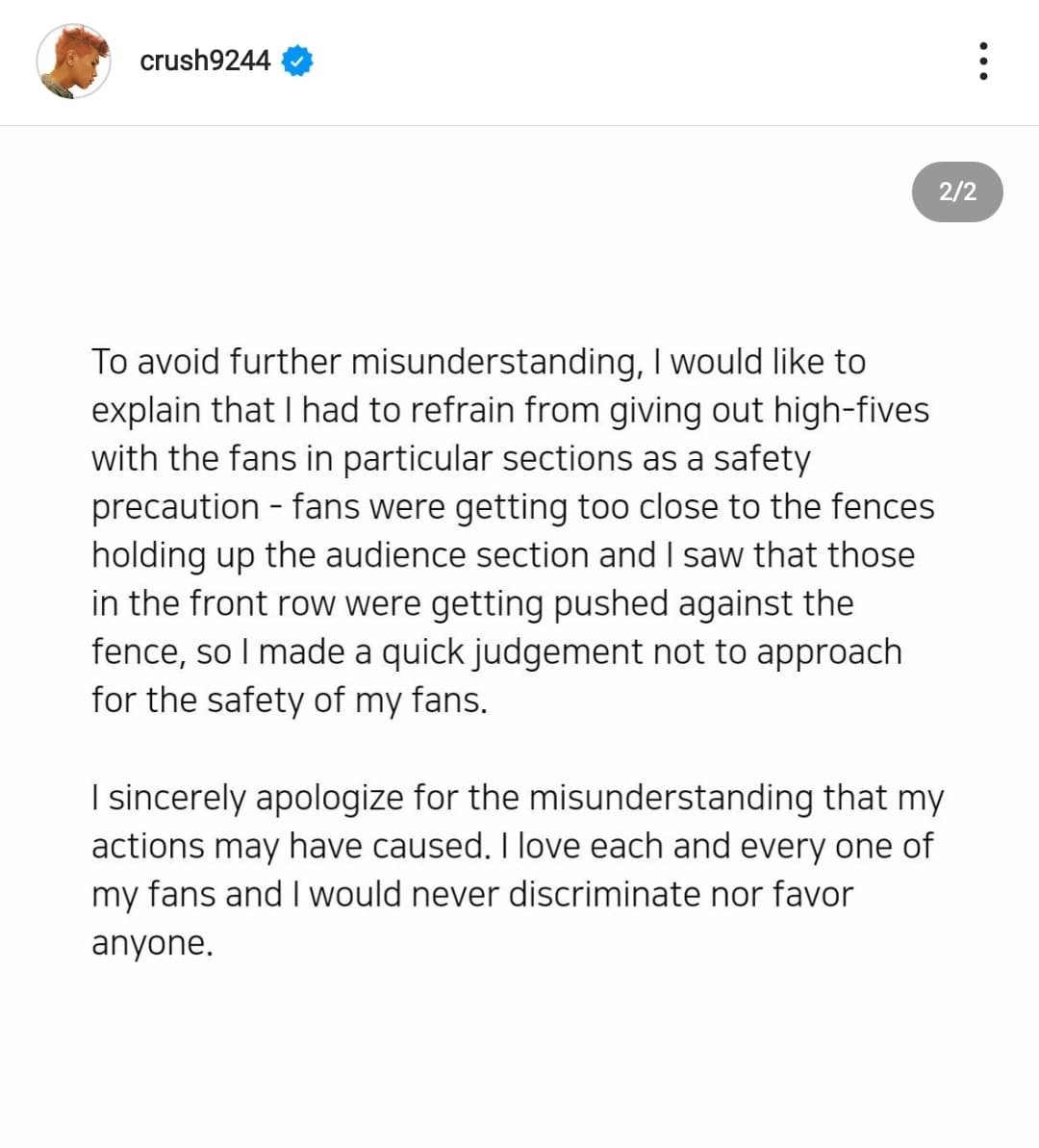 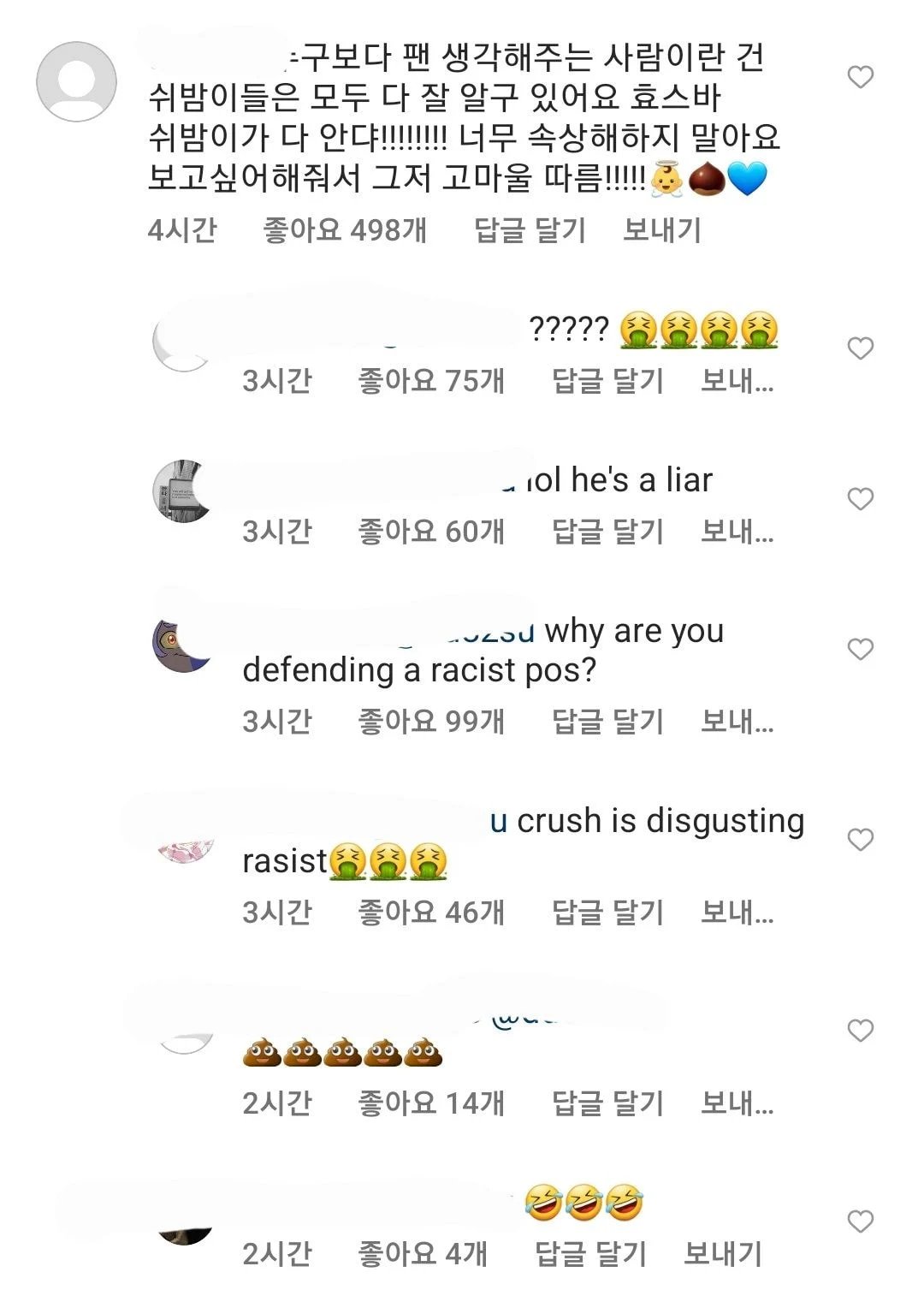 (Korean comment: All your fans know better than anyone else just how much you think about fans and we all know about it!!!!! Don’t be too upset and thank you for saying that you missed us!)

They are even tormenting fans who are supporting Crush

1. Seriously, i-roaches are way too annoying

2. I hate this…. but there are so many forced controversies like these on Twitter nothing you say will get to them anyways so you should just not do anything
3. I-roaches’ victim mentality is awesome you’re telling me that their inferiority complex is this high? as long as something isn’t given to them, they feel like it’s discrimination they are even saying this to fellow Asians now
4. The fact that they think that this is racism feels even more like racism
5. They will make a fuss if they do this, and will make another fuss if they do that. So annoying
6. Cut it down with the victim mentality

7. Please cut down on the victim mentality a bit, fuck. There are so many people who didn’t touch his hands. Then is he discriminating against Asians too?

9. I seriously fucking hate i-roaches. They fucking hate on people that they choose to hate. You’re just trying to talk to people who are shutting their eyes and ears
10. But you can just see that even in the places where there weren’t any Black people, he did the “step back” gesture and didn’t touch their hand. I feel like he thought about safety and did this a couple of times. Saying that this is racism is just ridiculous.