Knetizens are sympathising for Lee Sangbo, actor that was charged for using drugs has been confirmed innocent… Police said he was only taking antidepressants drugs after some analysis was carried out…. 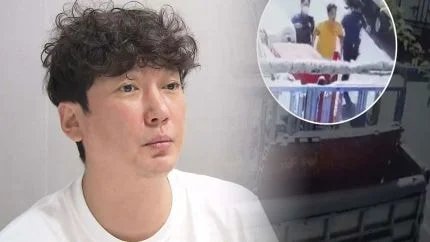 It has been confirmed that actor Lee Sangbo, who was urgently arrested on charges of administering drugs, was released after claiming that he was only taking antidepressants. The Gangnam Police Station in Seoul today dismissed Lee Sangbo as not guilty of drug use.

Police analyzed Lee’s urine and hair, and although a psychotropic substance reaction appeared, it is known that it is difficult to believe that he was administered drugs as a result of analyzing Lee’s prescription history. Earlier, on the 13th, Lee told YTN reporters that he had not taken any drugs, and that the fact that he suffered from depression and took related drugs caused misunderstandings. Police arrested Lee at his home in Nonhyeon-dong around 2 pm on the 10th for violating the Narcotics Control Act, and released him two days later.

1. I’m glad that the injustice has been relieved, but it’s a pity that there’s still no one around to hold hands and pat together saying that it’s okay. I hope that you can catch a good work as soon as possible so that you can live an active life and overcome this pain

2. Come on, I wish you many happy things.

3. Hope you do better in the future

4. I hope there will be many castings for Lee Sang-bo

6. This is the fault of the fucking journalists.

7. I feel really bad to think that he must have been alone when he went home after that kind of thing. Be sure to get all the rewards!

9. Take good care of yourself and be strong

10. They can’t catch real drug users, but they only catch young people. Anyway, the police lol