New Jeans received ‘love calls’ from more than 100 companies, and is discussing collaboration with companies in various fields including global brands, and their activity in the advertising market is expected to be even higher.” 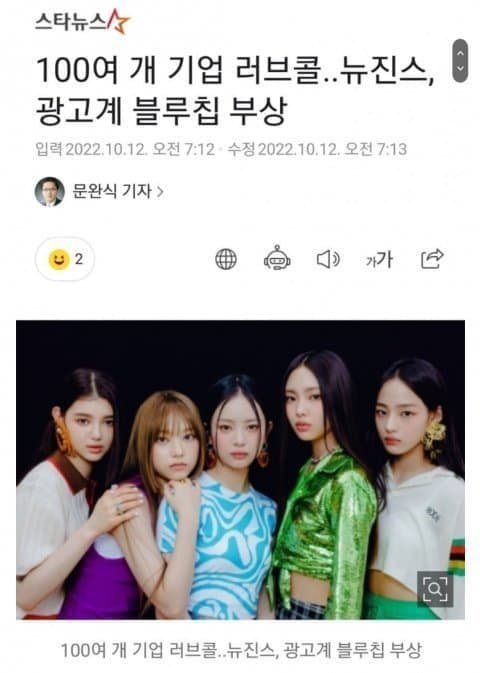 “Starting with the iPhone14 advertisement of SK Telecom’s ‘O’ brand, which was aired on the 30th of last month as a TV advertisement, the ad featuring NewJeans is receiving a hot response as soon as it is released. NewJeans stood tall as a new trend icon, making buzz not only through music and performance, but also through appearances in advertisements.

2. Why do you keep bringing Ive and Jang Won-young to the New Jeans article in the comments?

4. To be honest, the agency is just a big agency, so if you invest a lot of money, you’ll get a hit.

7. It’s actually realistic to receive over 100 love calls, even BlackPink during their debut, they received over 100 ad offers, they shot fucking lots of ads
8. But if I were them, even I’d use NewJeans… They all have a strong aura and they look luxurious too, they will raise the brand’s image
9. NewJeans are god babies, let’s hit bigger
10. They’re only shooting with famous brands
ORIGINAL POST:PANN