Heejin, Haseul, Yeojin, Kim Lip, Jinsoul, Choerry, Yves, Go Won, and Olivia Hye, nine members of the girl group LOONA, have each submitted an application for a provisional injunction against the agency to suspend their exclusive contracts, according to a report published by the JTBC Entertainment News team on November 28 KST.

According to the report, the nine members took action after determining that the mutual trust that was the foundation of their contract with their agency was no longer present, to the point where it was difficult to expect cooperative management and entertainment activities. Since then, Blockberry Creative has refuted this assertion. JTBC pointed out that the agency typically adopts a denialist posture, as seen in their denial of rumors that Chuu had founded her own business.

The choice was made soon after Chuu was formally dropped from the lineup of the group. As was previously mentioned, Blockberry Creative asserted that she was fired for “abuse of power,” which included her alleged use of derogatory language toward employees. Fans, companies, and people who have previously collaborated with Chuu have, however, defended her honor.

LOONA’s seven-year contract actually begins with the release of their first album as a group, which was in August 2018, as each member of the group made their solo debut every month for a year starting in October 2016. The group will probably disband if Heejin, Haseul, Yeojin, Kim Lip, Jinsoul, Choerry, Yves, Go Won, and Olivia Hye prevail in their alleged contract dispute with the agency because it might be challenging for the group to conduct activities with all of its members under Blockberry Creative. 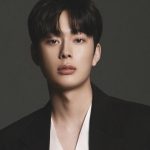 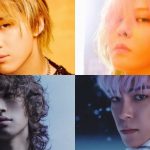