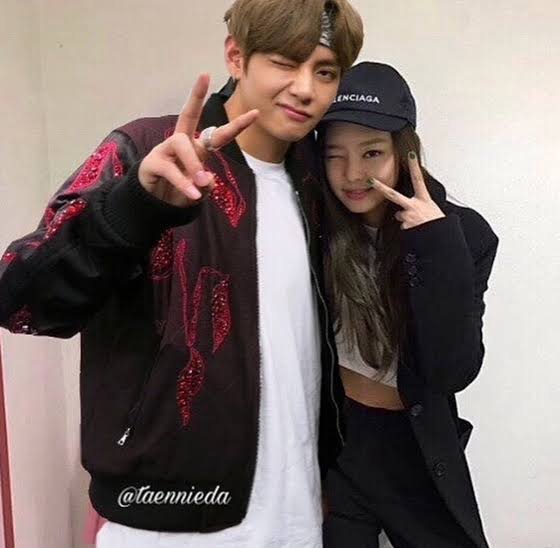 Ahead of the release of their 2nd regular album ‘BORN PINK’ at 1 pm on the 16th, Black Pink held a Private Listening Party at a complex cultural space in Seongsu-dong, Seoul two days ago.
A private listening party is a place where you can listen to Blackpink’s 2nd regular album and get along with the invited people. Famous domestic actors, singers and celebrities gathered together. They also had their own time by controlling the access of the manager under strict security, and Jenny’s man, V, was also there.
Although it has already been publicly known that they are lovers, it is not only ‘acknowledged’, such as the constant dating rumors of the two and the leak of photos of their private lives full of affection. Naturally, the party was as crowded as Blackpink’s overflowing popularity, and V kept his seat. He also enjoyed the event by acting naturally rather than being conscious of his surroundings.
V and Jennie’s first dating rumors started with a photo taken in Jeju Island. Afterwards, the hacked photos were mercilessly leaked, sparking a spark, and after leaving for New York with a day difference, uploaded photos of similar places around the same time, driving a wedge. In addition, it is a matter of concern for leaks of private life and crime, but both sides are silent.
Moreover, when inquiring from both sides regarding this private listening party, a management answered that they were not aware of the party itself.

1. They didn’t just admit it, i know they are dating, but they should live their life the way they want to.

2. No respect for the fans

3. Seriously, why are Koreans so interested in other people’s love affairs?

4. At this point, it seems that they have no intention of hiding it.

5. If you do that in this situation, it’s like a public relationship without a formality.

6. V wants to admit it and wants to date publicly, but it seems he is desperate for fear of HYBE’s stock falling

7. Even if there’s a lot of evidence, there are many fans who don’t believe it, including foreign fans

8. No, they are posting this article without any pictures

9. They didn’t even reveal any pictures, how can I believe it?

10. Celebrities don’t belong to their fans, and they have to date too