The OMEGA X members paid for their return flight to Korea with their own money following the LA incident, according to SBS News on October 25.

SBS News exclusively covered an incident that occurred in Los Angeles, California on October 22 after OMEGA X finished their world tour with a final stop in LA this past weekend. The female CEO of OMEGA X’s agency, ‘K,’ was allegedly caught on camera yelling obscenities at the members of the group on a street in Los Angeles. Even when one of the group members, Jaehan, showed signs of distress, the yelling continued.

‘K’ continued to yell at the OMEGA X members even after the group had returned to their hotel, eventually “pulling” on Jaehan as he was being escorted by his fellow members so that he fell to the ground.

The LA police were called twice during the aforementioned sequence of events, according to the most recent report by SBS News, because “K” made a commotion inside the hotel during the night.

The scheduled flights back to Korea for OMEGA X on October 23 were also revealed to have been canceled by “K.” The eleven members of OMEGA X and their manager were consequently forced to find return tickets to Korea by asking for assistance from their families, and they finally boarded their flights on October 24.

CEO “K” is contesting every charge of abuse, assault, and neglect as of October 24. 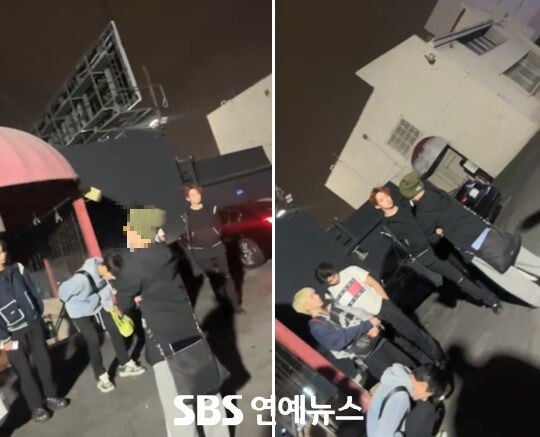