It was unclear from Crush’s most recent Instagram story whether he was alluding to current developments about ITZY member Ryujin’s “V Live” remarks.

On October 5, Crush posted several remarks on his personal Instagram. Crush penned, “Being happy is a mindset. Friendship transforms you into the most beautiful person in the world, regardless of how you look.” Following his remark, a large number of internet users joined various online discussion groups to express their opinions on whether they believed Crush was allusively alluding to prior incidents.

In a recent “V Live” show, Ryujin and Yeji read out a comment alluding to Crush. Ryujin explained to Yeji, in front of all their followers watching on V Live, “Because [Crush] is dating Joy sunbaenim,” when Yeji asked what this remark meant. Following this, a lot of people criticized Ryujin for acting carelessly by discussing another female idol’s relationship in front of millions of admirers. 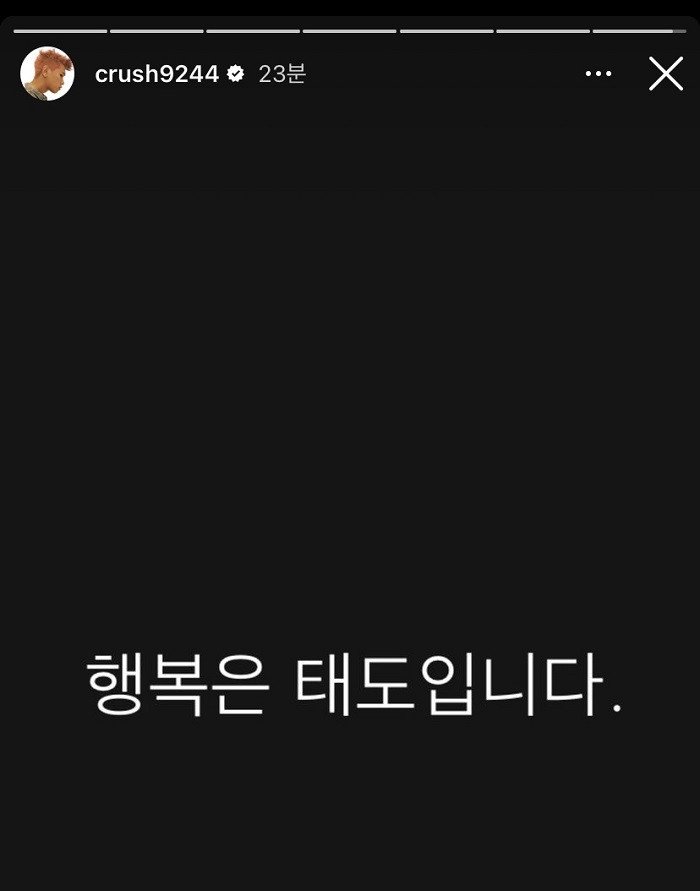 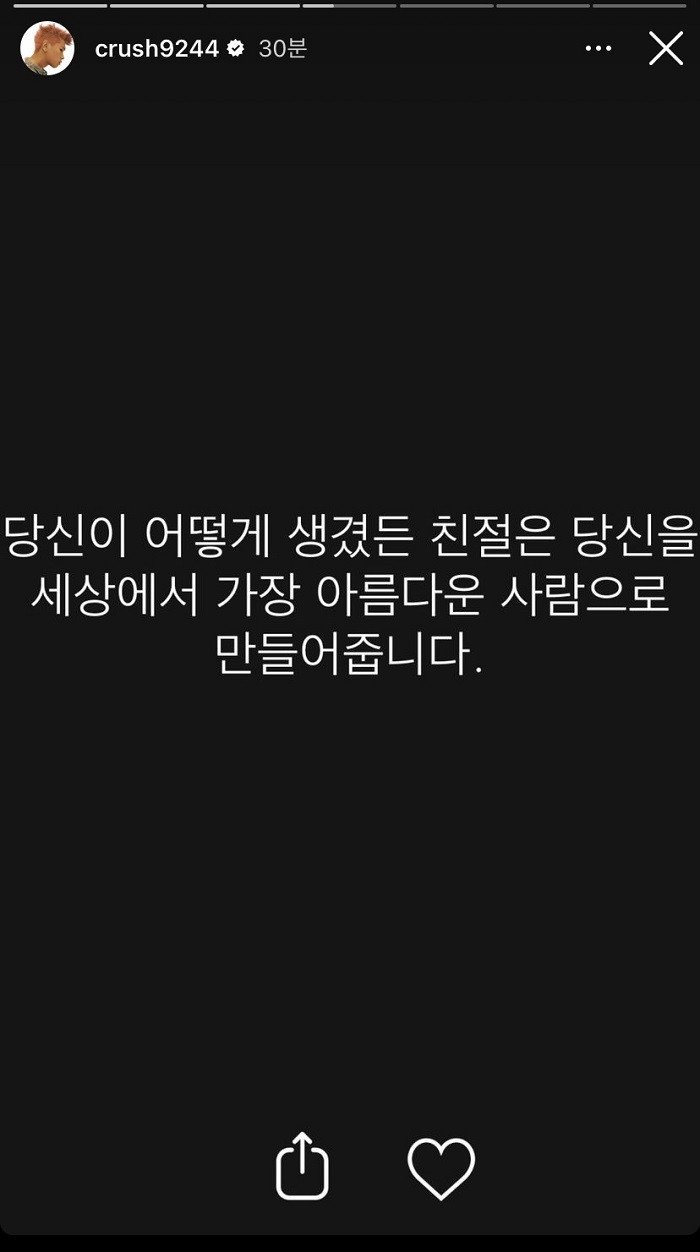 “She has nothing to say even if [Crush] targets her. Crush and Joy must have been so annoyed.”

“What kind of idol is crazy enough to talk about another idol sunbae’s relationship…She was thoughtless and ITZY’s fans were attacking Crush with curses, so I think Crush is targeting Ryujin.”

“Crush also uploaded something like this when he received hate after he was discharged from the military. So I think he is addressing the issue regarding Ryujin.”