They are spotted going to concert together wearing the same hat and on the 31st, a post titled “ATEEZ Yunho was caught with his girlfriend” was posted on Twitter 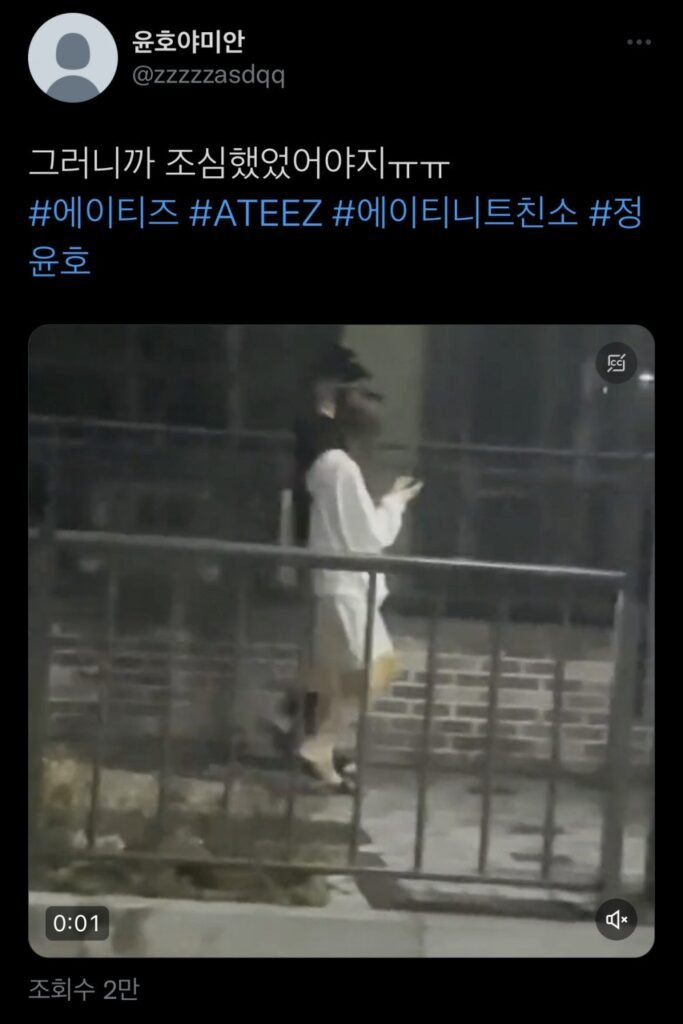 1. He did a lot of damage to the group… I wonder how he feels

2. They have few Korean fans anyway, their fans are all foreign fans, so they won’t care

3. Fans will be furious

4. He’s not a solo artist but a member of a group, he should have acted a little more carefully…

5. Why are there idols who don’t even care about their fans like that?

6. You’re an idol, so why are you teasing us about dating? You can love quietly, what are you doing with the fans and the members?

7. Is he the most popular member of that group?

8. If you want to make money as an idol, don’t lie to your fans

9. He’s the same as Chen, is he planning to get married?

10. He can date anyone, but at least don’t cheat on his fans