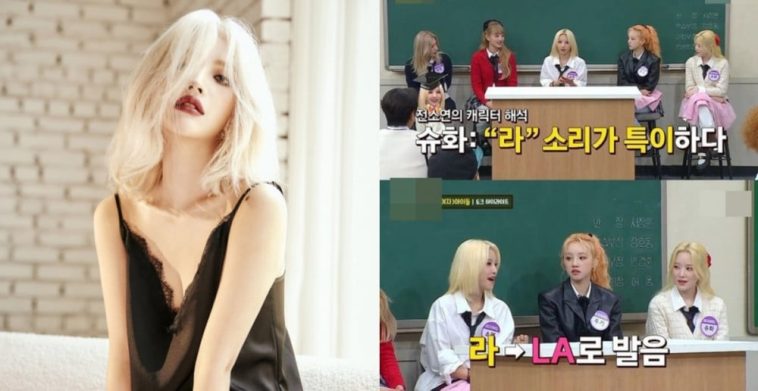 Soyeon of (G)I-DLE claimed that she even takes the pronunciation of each member into account when writing the group’s music.

In light of their recent comeback with “Nxde,” (G)I-DLE made a special appearance on the JTBC variety show “Knowing Brothers” on October 29 at KST. Soyeon was asked if it was true that she meticulously considered each member’s pronunciation when creating the group’s music by MC Kang Ho Dong. Soyeon responded that this was accurate. Soyeon declared: “Yes, there are a lot of foreign members here. They can’t speak some words, but they also have their own distinctive method of pronouncing others. So I put a lot of effort into bringing out the best in each member’s vocal color.”

Soyeon went on: “Minnie is skilled at pronouncing “rrr” and words that don’t have a consonant at the bottom. Shuhua’s “la” sound is distinctive, which is how the killing verse in “Tomboy” got its distinctive sounds.”

See Soyeon from (G)I-DLE in the “Knowing Bros” video clip down below!

I occasionally wonder what it would be like if Jun Soyeon produced for a different group.

“I believe she really brought out the best in Minnie’s singing.”

The only person, in my opinion, who can subsequently claim, “I have done enough, I really tried my best,” is Soyeon.

Wow, I have a feeling that she will produce a band that will be released ten years from now.

But isn’t this obvious?

“As a result, I believe their identity as an idol group is distinctive.” 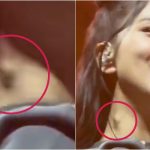 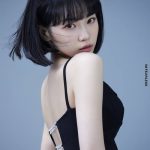