Knetizens are discussing that Sullyoon is wasting her talent in NMIXX, she should be in IVE and that she is too pretty to be in that group. 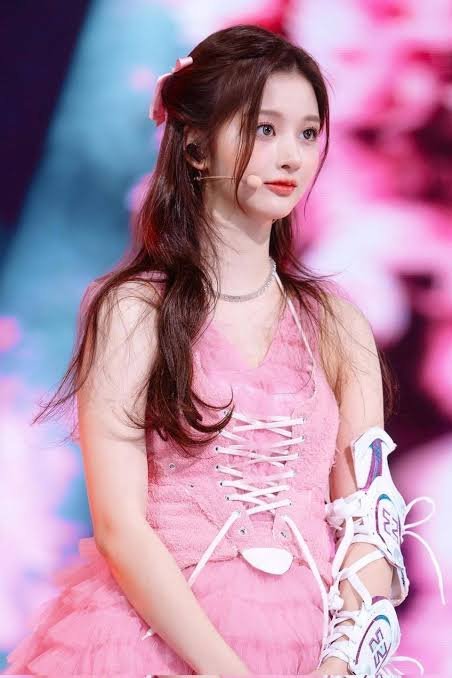 I should have gone to Nmix and spit talented people and had
them sing things like Wasabalama every day and then went to Ive.. Jang Won-young and Sullyoon

1. Why blame the group for Seolyoon’s unattractiveness If she had such an all-time-class visual charm, no matter what song she sang, even as an individual who debuted in any group, she would have appeared unconditionally.

2. It’s just that the members are a bit naive and distracted, so Seolyoon and the overall team atmosphere don’t fit well with the songs

4. I think I just need to choose Nmix songs well, but Seolyoon, Genie, and Gyujin are a very triangular member, but even the face has a center visual.. I don’t know if the member combination is bad

5. If Seolyoon was a little older, she would have been able to make her debut as a member of TWICE and sweep up the money.

6. I think all of Nmix’s skills are really good, but the song is a huge barrier to entry… It’s so weird

7. But Twice, Nmix, Itzy were all pushed by Ive. Sosi is like New Jeans Cut, and if you go over Blackpink, you will be top one

8. Seolyoon is really pretty, but she doesn’t seem to go well with Ive

9. Seolyoon is good, but why are you guys so mean?

10. Nmix Live is really good at coming.. I hope the next song will be a hit.