On the 25th, a photo presumed to be Jennie and V was again circulated online, causing controversy. This is a mirror selfie taken by a man and a woman affectionately, but since it is the same background as the photo that V previously released, rumors of a relationship between the two have been rekindled. Even two days ago, a photo taken in the presumed makeup waiting room was circulated, and Jennie and V were designated as the people in the photo. 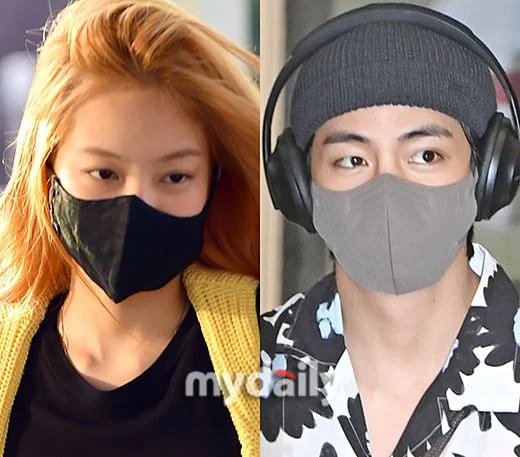 Even if both agencies have a strong tendency to not take an official position on the personal lives of their celebrities, this issue is not simply a matter of dating rumors between Jenny and V. This is because the two photos that have been circulated have completely different personalities from the first dating rumors of Jenny and V.

At the time of the first dating rumor, another person took a picture of a man and woman presumed to be Jenny and V driving her car. However, the photos circulated this time were all taken by a woman who was presumed to be Jennie.

Because of this, there are also suspicions that the online space containing Jennie’s private photos may have been hacked by someone. If it is actually a photo leak due to the actions of a hacker, it is an obvious criminal act. An immediate and strong response is urgently needed to prevent further damage.

It is Jenny and V who suffer damage if they fail to respond to the leak of photos because they are silent on the dating rumors.

When the photos of the waiting room were already leaked, some were concerned about the spread of additional photos. But what the hell were YG Entertainment and Big Hit Music doing until the photo was actually leaked again?

Whether Jenny and V are right or not, celebrities are pointedly pointed out and photos are spreading, but YG Entertainment and Big Hit Music didn’t say a common ‘warning’.

1. Whether to admit it or not, the person who leaked it said that it was hacked and money was the purpose.

3. There are many idols who are secretly dating, but why are the two of them the target?

5. They say it’s right, but it’s better to admit it… Once you admit it, it’s just like someone has a heart in front of the article. If you follow me, the public says why is it bothering you, but if you don’t admit it and go on, netizens will say that it’s a weakness

6. It’s been a while since the dating rumors broke out, but it’s the first time I’ve ever felt sorry for something

7. What’s wrong with the company?

9. I don’t know about hacker leaks, but can’t we at least prevent them from being uploaded here and there? It’s an illegal leaked photo, so if you’re going to sue me for distributing it, there’s nothing legally wrong with posting those photos here and there. It’s not skinship or 19 gold photos, but when I said I was going to sue, I had to admit that the photos were steamy, so I’m responding to the stage. Whether to admit it or not to disseminate it, they will figure it out.

10. It’s a leaked photo and it doesn’t matter if you’re dating or not, really