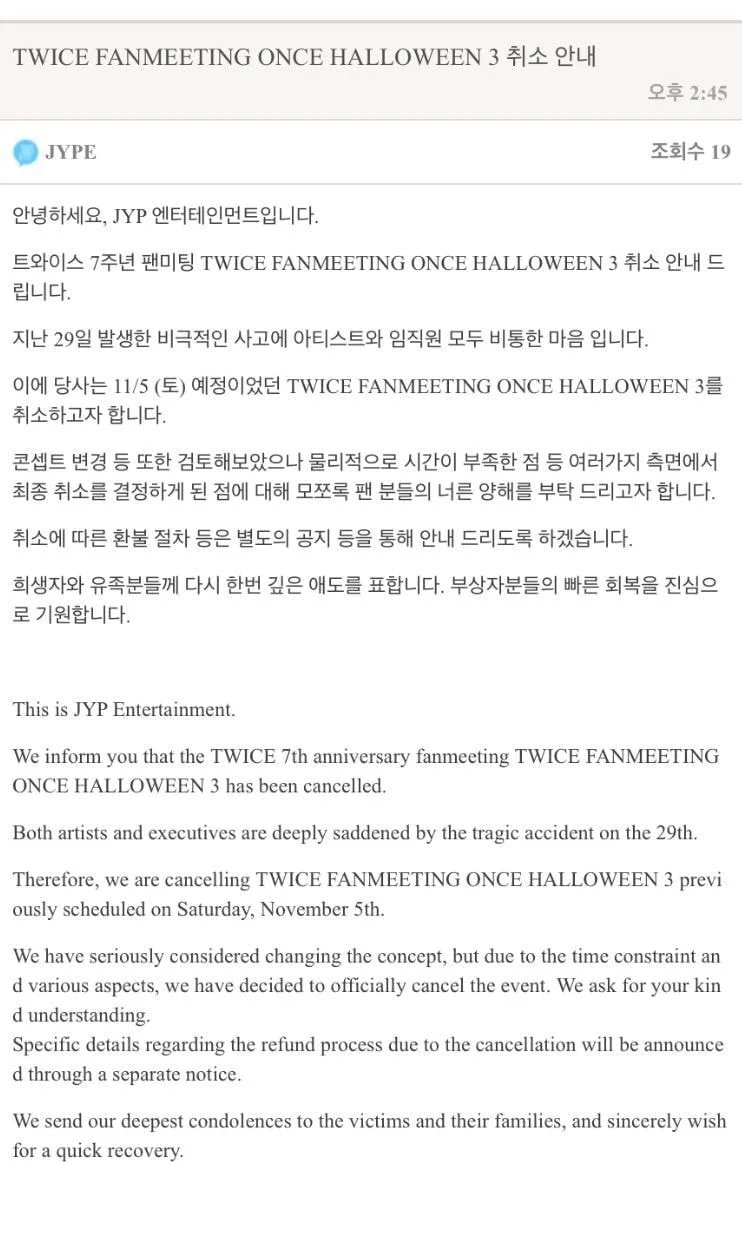 1. Wow, the damage will be huge

2. They couldn’t help but cancel it because of the concept

3. It’s Halloween concept, it should be cancelled

4. I think it’s okay to hold the fan meeting without the Halloween concept… I feel sorry for the fans

5. It’s the 7th anniversary fan meeting. What a pity

6. Looks like they have no choice but to change the concept because time is running out

7. Isn’t the 7th anniversary the most important year for idols and fans…?

8. It must be hard to change the concept

9. It’s Halloween concept, so they should cancel it