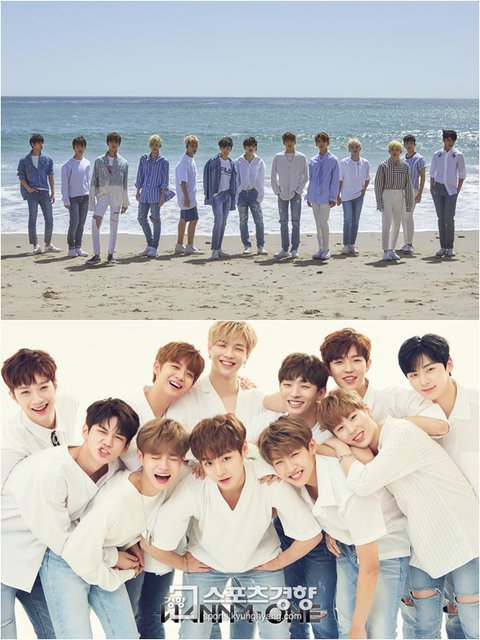 The first group of 3rd generation female idols is Treble, and the ranks are divided into Blackpink>Twa>Level, but
what about male idols?
Ex-Bang One? ex-bang sep?

Who do you think is the third generation male idol?

It’s Seventeen Recommended
Wanna One Opposite

1. Of the two teams, Wanna One is the closest to Ex-Bang, but if you look at 17 years alone, Wanna One won Ex-Bang because of all the topical issues.

2. No matter how much I hit Seventeen, the current male idol next to BTS is Team Seventeen

3. It was EXO. At this time, Seventeen was less popular because of Producer… Of course, Wanna One wins in the sound source! All votes were also won by Wanna One kekeke I would have known if I had lost at that time, but when EXO and Wanna One are close to voting

4. What SEVENTEEN needs to do to surpass Wanna One: 1st in all songs, 5 or more songs in the annual chart, 2 or more Genie and Melon grand prizes, Popularity Award (No fandom boycott), Boys Group Award There are too many mountains to overcome. Go over it and write it then. Who is the top 3rd generation? ㅋㅋ Even now and in the past, Seventeen cannot surpass Wanna One.

5. SEVENTEEN fans, why do you keep counting like that on EXO?

6. I’m not familiar with Wanna One so I don’t know, I’m Seventeen

7. To be honest, I was vague when I was in the 3rd generation of Seventeen. Let’s admit it. Debut in 2015, I cherish it, I cherish it, and I grew a fandom until it was pretty, and then in 2017, it slowed down a little? It was popular, but it was not in order to be top three.

8. But why do you compare them to those who have alread disbanded? SEVENTEEN has renewed their contract and has been touring the Americas for 8 years now, eating well and living well?

9. Wanna One was a legend, but it was more popular because it was an idol born on a survival program.

10. I know Wanna One did well, but SEVENTEEN’s slap is really bad