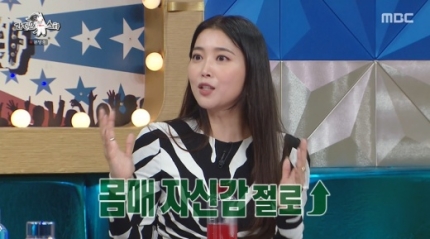 Actress Oh Yoon-ah shared the secret of her youthful appearance.
MBC’s ‘Radio Star’, which was broadcast on the night of the 14th, was decorated as a special feature of ‘Cells of Management’, and Oh Yoon-ah, Sandara Park, Yang Jae-woong, and Justin Harvey appeared.

Oh Yoon-ah, who became a hot topic for her bikini photos that she recently revealed on a family trip to Bali, said, “I have been exercising for nearly 20 years, so my body has become prettier. I am more focused on managing my body. told

She said, “I’m 43 years old and there are many clothes that I can’t wear after a while, so I didn’t hesitate to expose myself and wanted to go out confidently. I wore ‘young’ fashion like a crop top, and I seem to look younger.”
As a way to manage her body, she highly recommends jumping rope and aerobics. Oh Yoon-ah said, “When I was a model, I thought I was healthy and good, but the figure on the screen looked chubby. I have broad shoulders and a big hip, so I’m a bit big. I had to lose more weight because I was an aerobics instructor. After a month of aerobics, I became the lowest weight in my life.”

She also revealed anecdotes that he experienced during the time period. Oh Yoon-ah said, “I went to a pub with an acquaintance, and I asked if the young-looking man was a celebrity. When I said that he was 43 years old, 20 years after his debut, he was very surprised. That person was 27. There is no difference,’ and I got up right away. The older sister who was listening next to me asked why I had to say such useless things. It felt like I was sinning.”

However, she said, “If you dream of a second life, do you plan to meet younger people?” Kim Gura said, “Oh, that’s right.

Meanwhile, Oh Yoon-ah also talked about her meeting with her best friends in the entertainment world, Lee Min-jung, Son Ye-jin, and Lee Jung-hyun. He said, “When Lee Jung-hyun got married, I decided to go on a trip to Japan. I made it fun for the newlyweds with a sense of mission, but it was as if I followed them without notice. There is another anecdote that I did not notice. When Son Ye-jin and Hyun-bin were dating rumors, an older sister said that they were dating. I just denied it because I was afraid of words, but everyone else already knew.” 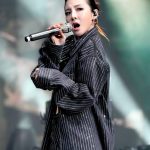