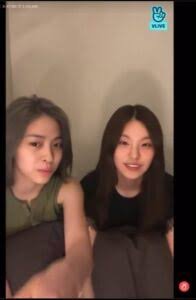 1. It’s rude, but what else are you talking about?

2. I didn’t know that, but you said Crush was bad
3. What is this.. Crush was someone who succeeded in music in the first place

4. It’s rude to say that Crush doesn’t like that sound

7. Ryujin drips crush tax privately with his friends. No fault, Ryujin mentions dating of seniors in a public broadcast that everyone else sees, and even one of them is an active idol,Wrong

8. It’s not that Ryujin dripped taxes, and Joy Crush is openly in love, and I even read comments of similar drips in front of Crush on a YouTube channel

9. It’s a mistake, but I want to do something about this because these reactions are gathering and all of a sudden, I’m just being sarcastic

10. Well, it’s a mistake, but I wonder if it’s worthy of being insulted by an article